A Funny Thing Happened on the Way to the Punchline 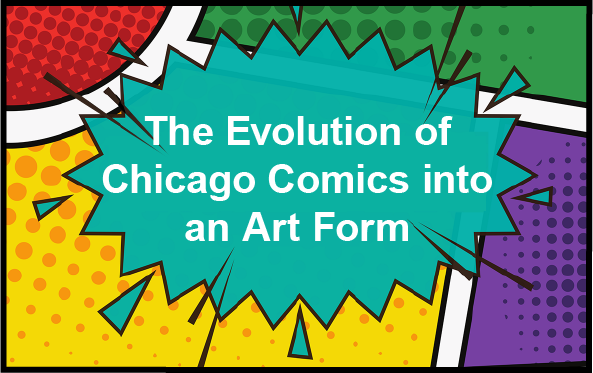 Newspaper comics started as a hook to attract readers, but over the past century evolved into a major art form with Chicago at its epicenter. Claire Briggs created A. Piker Clerk for the Chicago American in 1903, and ever since Chicago comic artists have created an uninterrupted chain of memorable and important characters that has elevated the form. A Funny Thing Happened on the Way to the Punch Line focused on Chicago’s role in comic book history, including some of the major creators, characters and movements associated with our city.

This modest exhibit included a range of comics, artwork, merchandizing and other fun artifacts representing Chicago’s comic book history. It told the story of the various movements from the Chicago Tribune’s comic empire, to the Underground Comics, to the Black Age of Comics, to the present-day revolution. The exhibit included an opening reception as well as a panel in which Adam Morgan led a discussion with major local artists Stanford Carpenter, Michael Moreci and Ashley Woods. 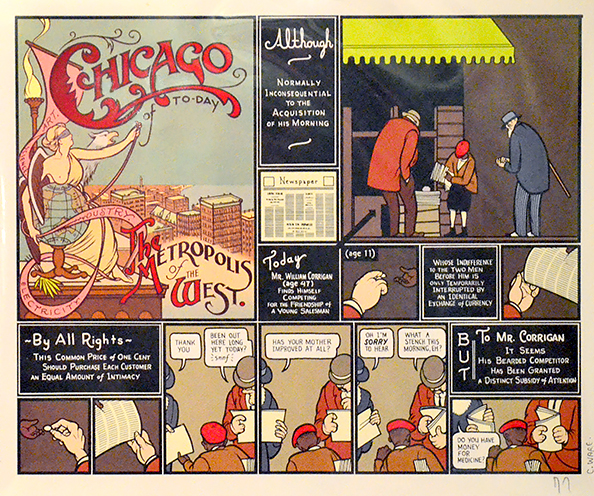 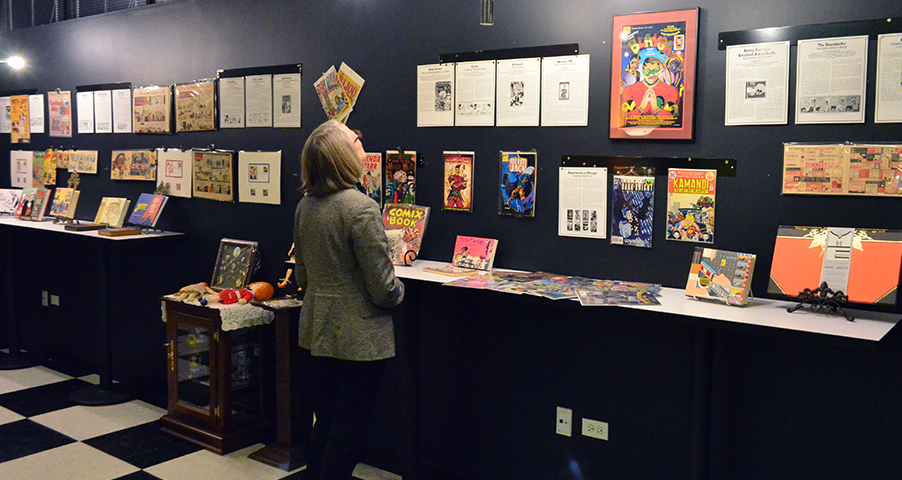 The story the exhibit tells

“I’ll have what she’s having.”

On opening night visitors had a chance to share the exhibit’s creators’ love of comics. 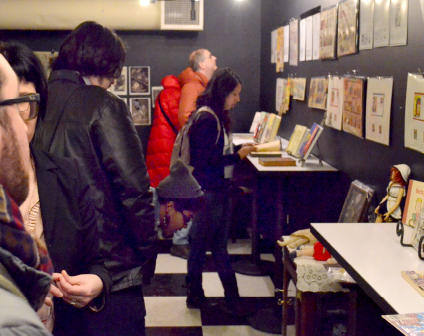 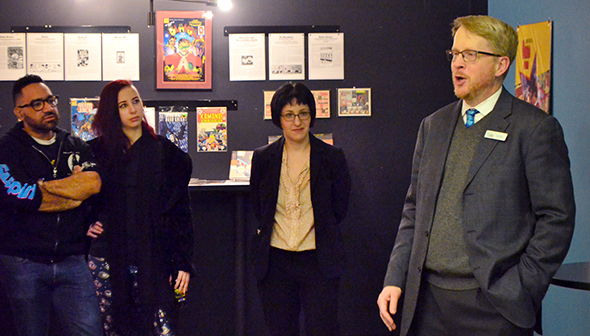 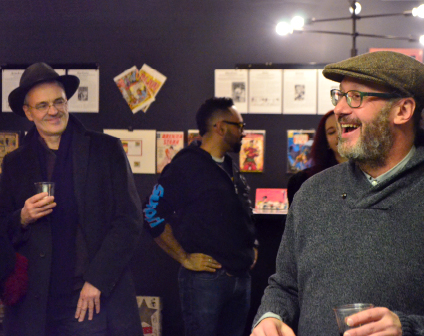 Fair Use for Educational Purposes, All Rights Belong to Creators