At a time when comic strips were written only for adults, starred almost exclusively male characters, and, as a rule, avoided political commentary, along came the blank-eyed, frizzy-haired orphan Annie and her benefactor, the tuxedo-wearing, bald capitalist Oliver “Daddy” Warbucks. The female star appealed to young and old alike, and the strip became a vehicle for creator Harold Gray’s conservative political views.

If Moon Mullins latched onto the high spirits of the Great Depression, Little Orphan Annie grabbed the despair. Though ostensibly set in Depression-era New York, Annie might be modeled after a Chicago street urchin and “Daddy” Warbucks possibly after Tribune’s Robert “Colonel” McCormick. In a 1951 interview with Editor & Publisher, Gray revealed the inspiration for his title character: “I talked to this little kid, and liked her right away. She had common sense, knew how to take care of herself. She had to. Her name was Annie. At the time, some 40 strips were using boys as the main characters; only three were using girls. I chose Annie for mine, and made her an orphan so she’d have no family, no tangling alliances, but freedom to go where she pleased.”

Gray’s personal politics often made their way into Little Orphan Annie, and grew more conservative over the life of the strip. In the 1920s, Gray was a populist who celebrated hard working people; by the 30s, he was firmly in the anti-FDR camp, and Annie became more explicitly right wing. Newspapers had heretofore avoided politics because conventional wisdom said that political subject matter alienated readers. But Moira Davidson Reynolds points out that Little Orphan Annie was evidence was to the contrary. She writes, “Gray’s strip was highly successful despite its association with political opinion; when the Chicago Tribune of October 27, 1925, failed to run Little Orphan Annie, fans demanded by phone, letter and telegram to know what had happened to Annie. The paper issued a front-page apology and on one day ran two strips as compensation.”

Gray was born on January 20, 1894, in Kankakee, and, in his early life, worked on farms and in construction. After earning his engineering degree from Purdue University, he moved to Chicago, where he enlisted the advice and aide of John McCutcheon, a pioneer in the comics industry. Eventually, Gray got a reporting job at the Chicago Tribune, and, after a six-month stint in the service, returned to Chicago as a freelance illustrator. He returned to the Trib as an assistant to Sidney Smith, creator of The Gumps, work he did for four years before Joseph Medill Patterson of the Chicago Tribune-New York Times syndicate accepted a proposal for his own strip, Little Orphan Annie. 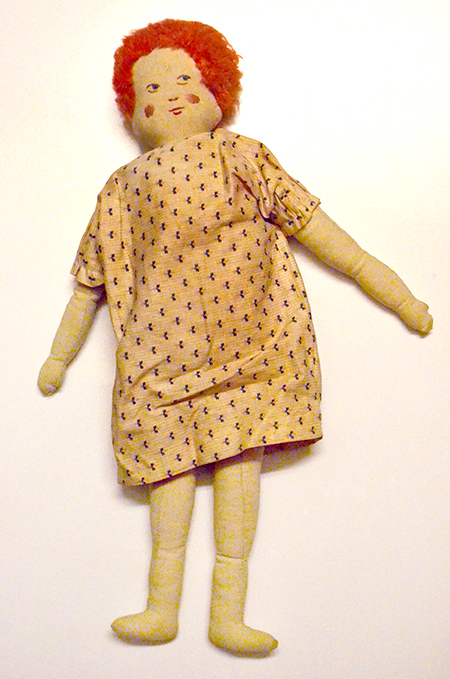 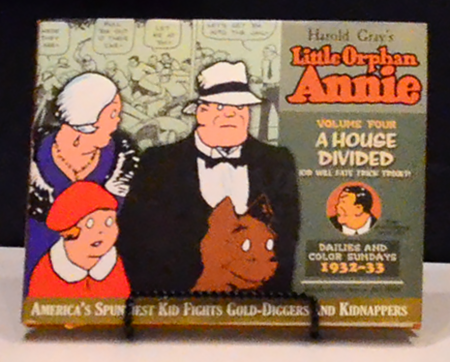