Gwendolyn Brooks: The Oracle of Bronzeville 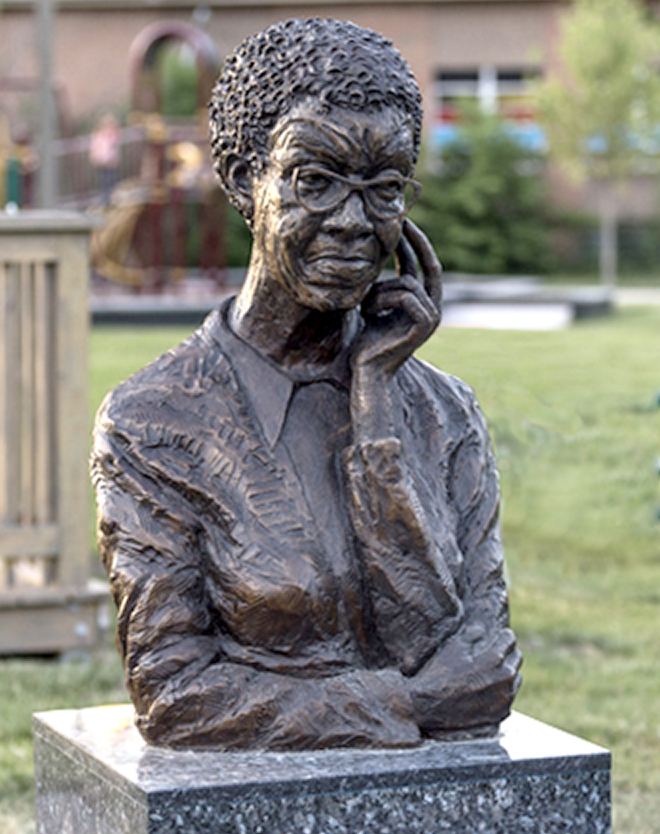 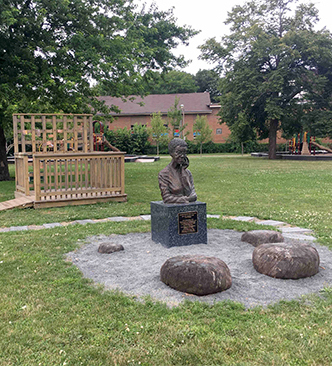 Gendolyn Brooks Park, at 4542 S. Greenwood, was appropriately named after Chicago’s treasured poet Gwendolyn Brooks, who had grown up less than a mile from the green space. It’s a lovely little park, about two and a half acres, well used by nearby Ariel Community Academy, Kenwood United Church of Christ, and neighborhood families. But nothing in the park indicated anything about its namesake.

That all changed on June 7, 2018, when the Chicago Literary Hall of Fame joined sculptor Margot McMahon in dedicating her sculpture project, The Oracle of Bronzeville. The dedication ceremony, across the street at Kenwood United, and the unveiling in the park, capped an incredible journey to create and install this monumental work of public art. It would become just the second portrait statue of a woman and the first of a Black poet in any Chicago park.

A luminous lineup of speakers articulated and amplified the significance of this moment, and of Brooks’s incredible contributions to Chicago. The Rev. Lisa M. Goods, Mike Puican, Ydalmi Noriega, Kelly Norman Ellis, Angela Jackson, Alderman Sophia King, and Haki Madhubuti all delivered respectful and powerful remarks about the woman and this new statue that would serve as a permanent tribute to her. The incredible youth group APG performed two of Brooks’s poems. At the unveiling itself, Nora Brooks Blakely spoke about her mom before reading a selection of her poetry, and Margot gave her own stirring remarks.

At the dedication, we screened Rana Segal’s brilliant and illuminating short documentary Gwendolyn Brooks: The Oracle of Bronzeville. That film provides insight into Margot’s process and shows her incredible talent and determination to complete this project; it also highlights the many layers of grueling work that went into the creation.

For the Chicago Literary Hall of Fame, this was an important—almost necessary, it seemed—project, and in support we raised an amount almost triple what had been our operating budget for the entire preceding year. Our generous literary community donated readily, including a substantial anonymous donation. The Poetry Foundation lent sizable support, and the Chicago Park District both approved the idea and granted money to help make the dedication so special. And incredibly, Margot donated her own time and talents in the quest to make something extraordinary for all to share.

The Chicago Literary Hall of Fame continues to honor and use the statue in many ways. Writing workshops, readings, and picnics already have taken place in the shadows of the statue, and more activities are planned for the future. 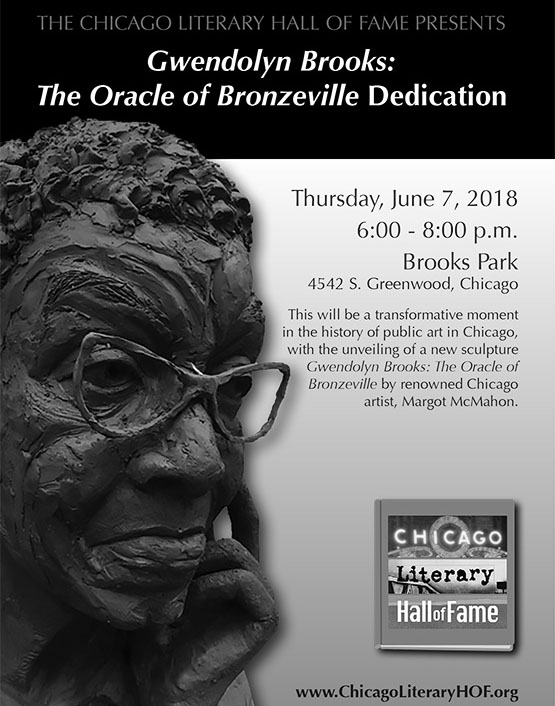 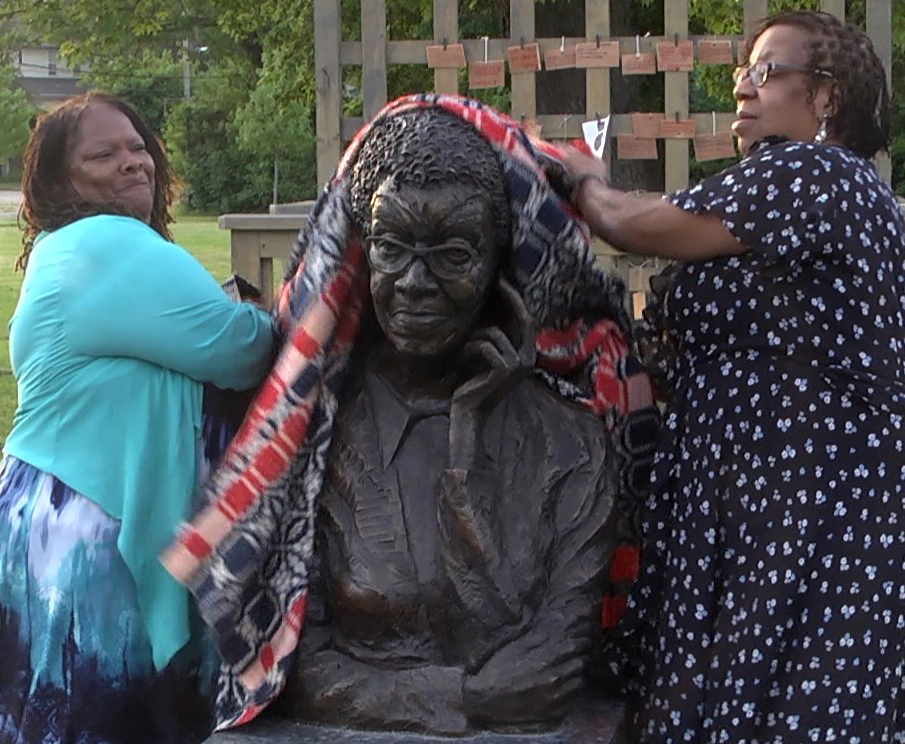 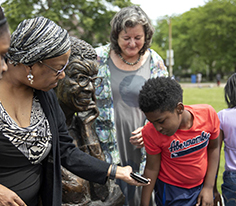 Neighbors attended the dedication and... 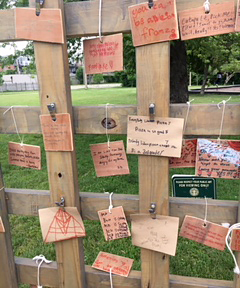 ...added poems to the site’s porch. 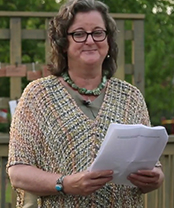 Sculptor Margot McMahon shared remarks. Additional images from the dedication and about the creation of the sculpture can be found at MargotMcMahon.com.