Back in August of 2020, I tweeted: “Why aren’t more people reading TRUMBULL PARK by Frank London Brown? About black families integrating a housing project in the 1950s? It should be taught in high school. Taught in college. Made into a movie. It’s maybe the best Chicago novel ever written.” I had been reading the book as part of my work as a member of that year’s nominating committee for the Chicago Literary Hall of Fame, and I’m thrilled to say that Brown has now been inducted. 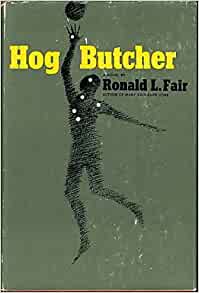 Twitter, as everybody knows, can be a dumpster fire, but it can also be a source of knowledge and community. So I am also thrilled to say that Tom Needham, a Chicago lawyer, replied, “Here’s another excellent but under appreciated Chicago book: Hog Butcher by Ronald Fair (1966)” with a photograph of the book in question in its 2014 reissue by Northwestern University Press. “Set in ’60s, police shoot & kill a young man they think is a fleeing burglar, but he’s actually a high school b-ball player” Needham explained. “Shooting witnessed by 2 small kids. Compelling and heartbreaking story.”

Another Twitter friend, Rudy Faust, hopped in to add that he had worked on the reissue before he left NUP. He noted how “shockingly relevant” the book remained and also that Fair—who was born in Chicago in 1932, but moved to Finland in the 70s in disgust at the bigotry he faced as a Black man in the States—“walked the walk about ditching the US.”

When I got my hands on a copy, Hog Butcher blew me away as much as Trumbull Park did. It’s a concise, complex, and multi-faceted depiction of structural inequality and white supremacy and the costs they extract from both their victims and their perpetrators. I would like to nominate Fair’s novel to appear alongside To Kill a Mockingbird on syllabi everywhere because instead of exceptionalism and white saviors, Fair’s story depicts—with a cast of lovable, hateable, believable characters from the young man who gets murdered to the cops who murder him—how power’s highest aim is always to preserve itself and how collective action is the best hope anyone can have against systemic injustice.

In a mere 182 pages, Fair’s deft, empathetic, and economical omniscience takes the reader into the hearts and minds of an array of Chicago’s citizens, from the people who live in the slain basketball hopeful Cornbread’s disinvested neighborhood to the prejudiced judge deciding the case. But at the center of the narrative’s soul stands Wilford, one of the two boys who witness the shooting. Against all odds and even the pressure within his own community not to rock the boat, Wilford testifies to what he saw—that Cornbread had not done one thing wrong and that law enforcement took the life of yet another innocent black person. As he does so, Fair writes, “He didn’t hate the officer any more. It didn’t matter what happened now because he had done what he was supposed to do. He had told the truth and even if the officer lied, he knew he had done everything he could.” The truth, though, does not set Wilford free; if anything, it entangles him in what promises to be a lifelong struggle, one which, when you’re reading the book over half a century later and observing how little has changed, feels all the more poignant.

Fair switches into the mind of one of the officers shortly after Wilford’s monumental moment of integrity: “Then he looked at Wilford, his face streaked from the 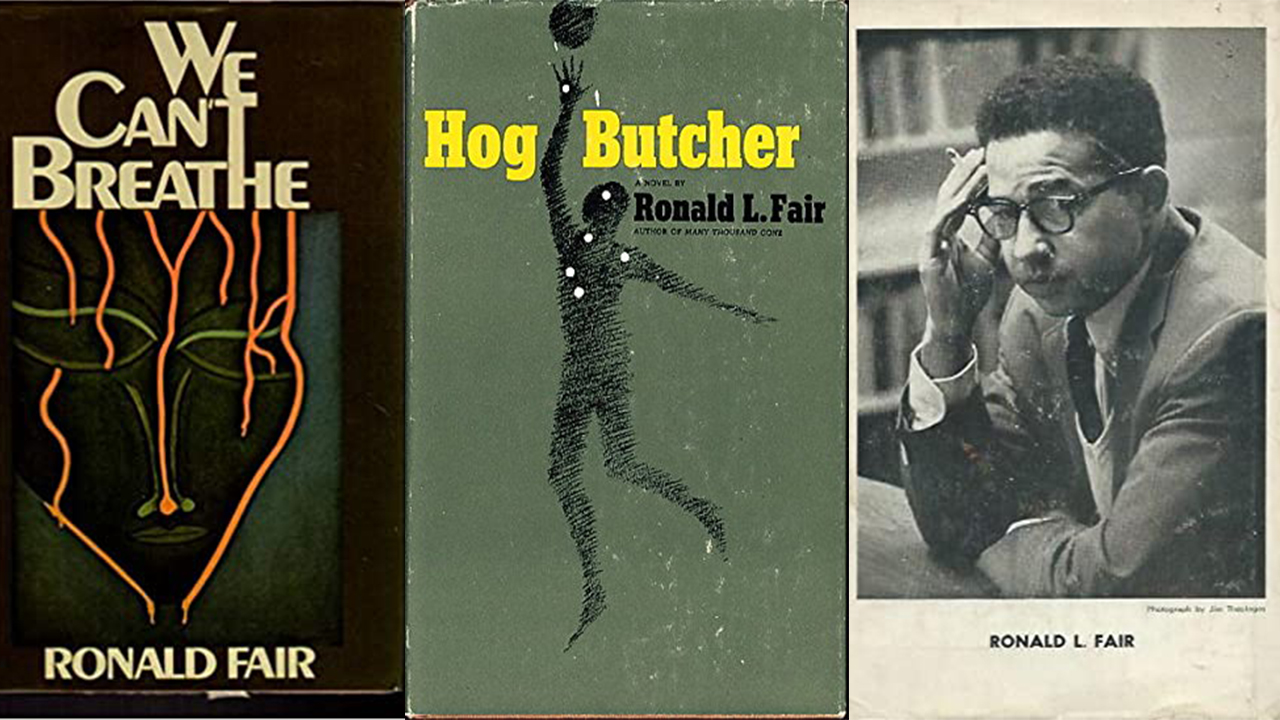 tears, his eyes fixed in return on him; he looked at the warm, innocent eyes of a boy who would go on speaking the truth and as a result would be at war with the world for the rest of his life.”

More than any other book that would be captivating to audiences of virtually any age or ability level, Hog Butcher plumbs the depths of America’s racial wounds. With literary grace and zero sentimentality, Fair illustrates how little many of us have done to deal with these wounds honestly on a national level and with an eye toward restoration or healing.

Of course, Fair’s title comes from Carl Sandburg’s laudatory poem in which he praises the city as “Hog Butcher for the World, / Tool Maker, Stacker of Wheat, / Player with Railroads and the Nation’s Freight Handler; / Stormy, husky, brawling, / City of the Big Shoulders.” But the Chicago that Fair portrays is less proud, more subject to criticism. Its association with the former killing beds of the meat packing industry resembles the one Saul Bellow describes in his 1981 Tanner Lecture “A Writer from Chicago”:

You knew what its big industry was when the wind blew from the Yards. Along Cermak Road and other South Side streets red cattle cars waited on the sidings, cows and sheep staring through the slats in brute innocence, death-bound. The odor of blood, manure, bacon-making, soap- and fertilizer-manufacture became a weight lying on your heart. Indeed it was a smell which seemed to have the power to enter into the light, less dense than the carbon exhaust of cars and trucks but adding itself to the air as a sort of broad-daylight blood gloom.

In 2022, the actual hog butchers are long, long gone, but the smell of systemic death still hangs over a violent and segregated city, a city full of under-resourced neighborhoods policed by a force riddled with bias and brutality. But so too is it a city full—as Fair points out—of people who want Chicago to be better, who know it could be, albeit not through the action of a few shining stars; rather, through the harder, slower, less glamorous efforts of a collective constellation of steady cooperation.

Kathleen Rooney is a founding editor of Rose Metal Press, a nonprofit publisher of literary work in hybrid genres, as well as a founding member of Poems While You Wait. Her most recent books include the novel Lillian Boxfish Takes a Walk and The Listening Room: A Novel of Georgette and Loulou Magritte. Her World War I novel Cher Ami and Major Whittlesey was released by Penguin in August 2020, and her criticism appears in The New York Times Magazine, The Poetry Foundation website, The Chicago Tribune, The Los Angeles Review of Books, and elsewhere. She lives in Chicago and teaches at DePaul.