The Chicago Literary Hall of Fame’s 2019 class is now official, and Gene Wolfe, Frank London Brown, Carlos Cortez, and Jeannette Howard Foster have been selected to join the ranks of our city’s finest writers. This will be the 10th CLHOF class. The induction ceremony is set to take place at City Lit Theater on Thursday, Sept. 24, with a reception at the Edgewater Mexican Café to follow. With this newest class, the total number of inductees will stand at 52.

Brown was just 35 when he died from leukemia in March of 1962, just before the start of Chicago’s Black Arts movement. Brown accomplished a lot in his short time, but his biggest triumph was his 1959 novel Trumbull Park. CLHOF nominator Rachel Swearingen, in supporting Brown as a finalist, wrote, “The book is utterly moving, historically 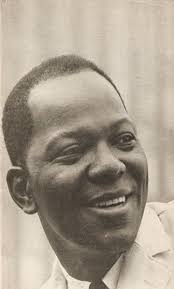 accurate, and still resonates today. It bears witness to an ugly chapter in Chicago history, but also to the agency of those who dared to integrate.” She adds that Brown’s “descriptions of family life, manhood, and social activism are complex and often tender.”

Brown’s novel, which garnered considered praise, including from the likes of Richard Wright and Gwendolyn Brooks, appeared the same year Lorraine Hansberry’s A Raisin in the Sun debuted on Broadway. Prior to the release of his debut novel, Brown did extensive work as a journalist, reporting in outlets like Downbeat and Negro Digest on topics such as African American music culture and the Emmett Till trial. Educated at Roosevelt University and the University of Chicago, Brown was also as a labor organizer and Ebony editor. His novel, The Myth Makers, was published posthumously.

Cortez published many poems, articles, short stories, book reviews, comic strips, photographs, and linoleum-cut illustrations in the Industrial Workers of the World (IWW)’s newspaper. CLHOF nominator Fred Sasaki wrote that “Cortez dedicated his art and poetry to the people of Chicago, but first and foremost he dedicated his life. He was a revolutionary, and worked for the freedom and safety of the workers of this city in the great tradition of Chicago activism.” Sasaki added that “His writing, representation and vision of and for people was rooted in our most essential and common needs. He knew art and literature could incite social change by shedding light on disenfranchised people and by celebrating indigenous cultures. He was remarkably ahead of his time in this regard, and for his multidisciplinary art practice.” 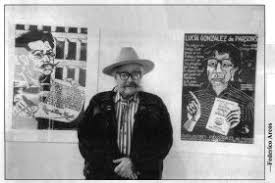 Rey Andujar also named Cortez as a finalist, writing that, “He has been a significant influence on my career. How can a person from another reality, a different immigrant, have such a substantial impact on my Caribbean writing? Cortez is a writer who generates questions and presents poetry as a way to question reality, understanding that poetry has only to be there to suceder.” Cortez published three poetry collections.

Howard Foster’s groundbreaking book, Sex Variant Women in Literature, has become a primary text in Women Studies programs, and built her national reputation as a pioneer of the LGBT movement. CLHOF nominator Mike Puican noted, “She wrote, taught and lectured at a time when homosexuality was outlawed in every state in the country and hate crimes were prevalent and largely went unpunished.” Howard Foster published numerous articles in library journals and in the lesbian magazine The Ladder; she was the first librarian at the Kinsey Institute for Sex Research at Indiana University; and she was inducted into the Chicago LGBT Hall of Fame in 1998. She lived her entire life in Chicagoland. 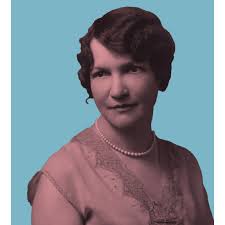 Wolfe received CLHOF’s first Fuller Award for lifetime achievement at a ceremony at Sanfilippo Estate in Barrington Hills in 2012. He passed away April 14, 2019, and the CLHOF board voted to automatically fast-track the prolific science fiction writer for induction. Wolfe’s more than 50 books won him more than a dozen major science fiction and fantasy awards. He was considered by many, including Neil Gaiman and Michael Swanwick, to be not only the greatest speculative writer of his generation, but the best writer, period. 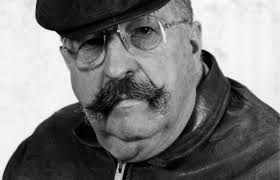 The evenings performers and speakers will be announced later this summer.

Donald G. Evans is the Founding Executive Director of the Chicago Literary Hall of Fame.