The Fiery Fountains: The Autobiography: Continuation and Crisis to 1950 (1951)

The Strange Necessity: The Autobiography (1962) 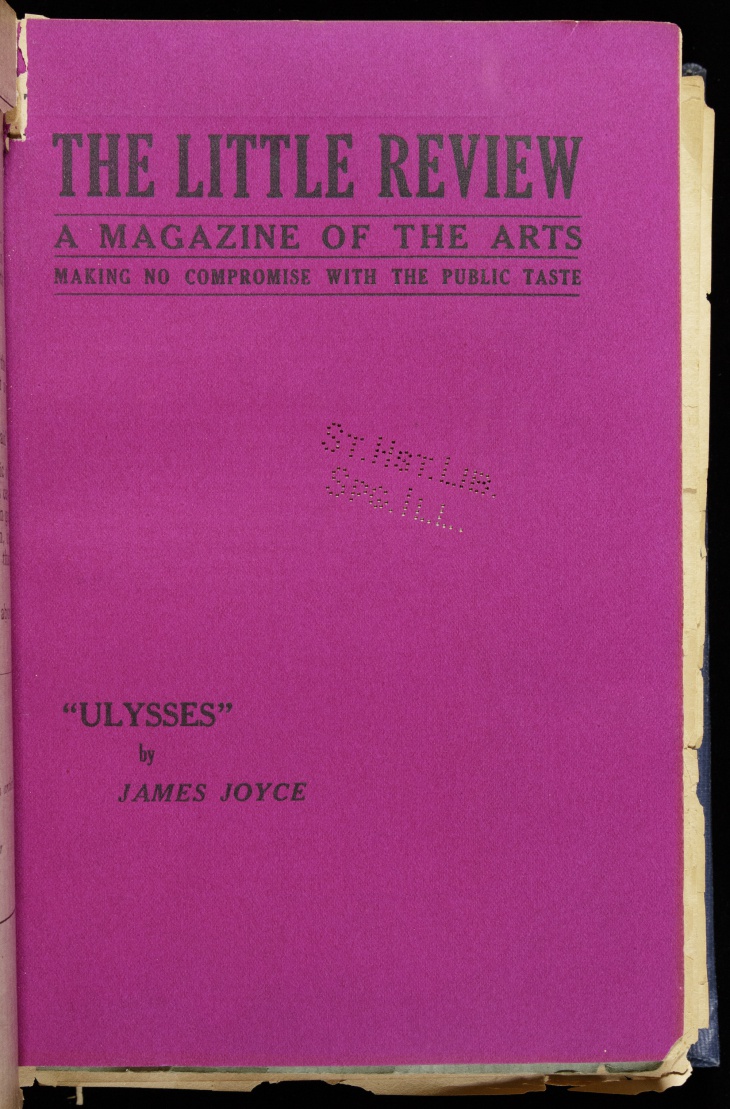 Anderson's The Little Review was the original publisher of James Joyce's Ulysses, in the face of extraordinary censorship attempts. See the story in The Newberry website.

With a finishing school education and a resentment against her bourgeois upbringing, Margaret Anderson migrated from Indianapolis to Chicago in the fall of 1908 to take work as a reviewer for the religious weekly The Continent. She arrived in the city at the start of the Chicago Literary Renaissance, and in March 1914 founded the literary magazine The Little Review, which became a force in the American and European literary landscapes. Anderson made it clear from the beginning that her magazine “would make no compromises with public taste,” and its debut issue set the tone: articles on psychoanalysis, feminism and Nietzche, among others. Funding was difficult, especially since Anderson held high editorial standards (she rejected F. Scott Fizgerald because he was too popular), and for a half-year in 1914 she and her staff, unable to pay rent on her residence or office space, camped on the shores of Lake Michigan. Anderson, whose stated objective was to produce fresh and intelligent music art, drama and life from the artist’s point of view, personally marketed the magazine throughout the United States, her strategy to draw a big readership while spurning the highbrow literary establishment. Though the Little Review never paid contributors, it offered a home to stories, poetry and art considered too unconventional to place nearly anywhere else, much less mainstream publications; these orphans included important works by the likes of Wyndham Lewis, James Joyce and Ezra Pound, notably Ulysses, which in 1918 was featured in serialized form and subsequently brought the wrath of the U.S. Postal and legal systems down upon Anderson. Other notable contributors to the magazine included T.S. Eliot, Ben Hecht, Amy Lowell, Vachel Lindsay, Sherwood Anderson, Carl Sandburg and Ford Madux Ford. Over the years, Little Review supported anarchism and alternative lifestyles (Anderson was a lesbian), among other unpopular points of view. The magazine’s life spanned from 1914 until 1929, a month before the American stock market crash, and almost perfectly spanned the years of the “Lost Generation” while playing a major part in shaping American modernism.