Bud Fisher, a Chicago native who’d studied at the University of Chicago, wanted to do a comic strip, but his editor at the San Francisco Chronicle poo-pooed the idea, saying it would take up too much room on the page. Moreover, readers were accustomed to reading vertically, not horizontally. Fisher’s persistence led to A. Mutt, later called Mutt & Jeff, considered the first successful daily strip.

Augustus Mutt was “a tall, rangy racetrack character, but the strip was transformed when Mutt encountered the half-pint Jeff (an inmate of an insane asylum) on March 27,
1908,” according to Ken Pierce.

The popular strip has left its mark in a handful of idiomatic expressions. “Mutt and Jeff” became a way of describing any tall-and-short pair of men (Mutt was the tall one). In Cockney rhyming slang, the word “mutton” is used as an abbreviation for “Mutt’n’Jeff,” and stands for the word “deaf.” The names were also used as codenames for a pair of World War II spies. The “good cop/bad cop” police interrogation tactic is also called “Mutt and Jeff.”

Fisher became wealthy not only from the strip, but also from comic books (initially published by All-American Publications and later by DC Comics, Dell Comics and Harvey Comics), over 300 cartoons, films, merchandise, and reprints. 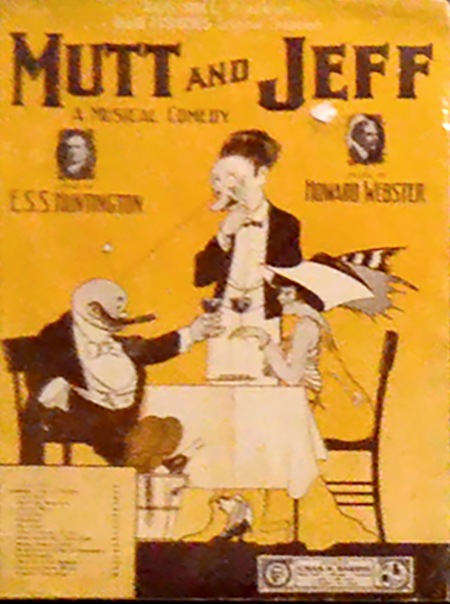 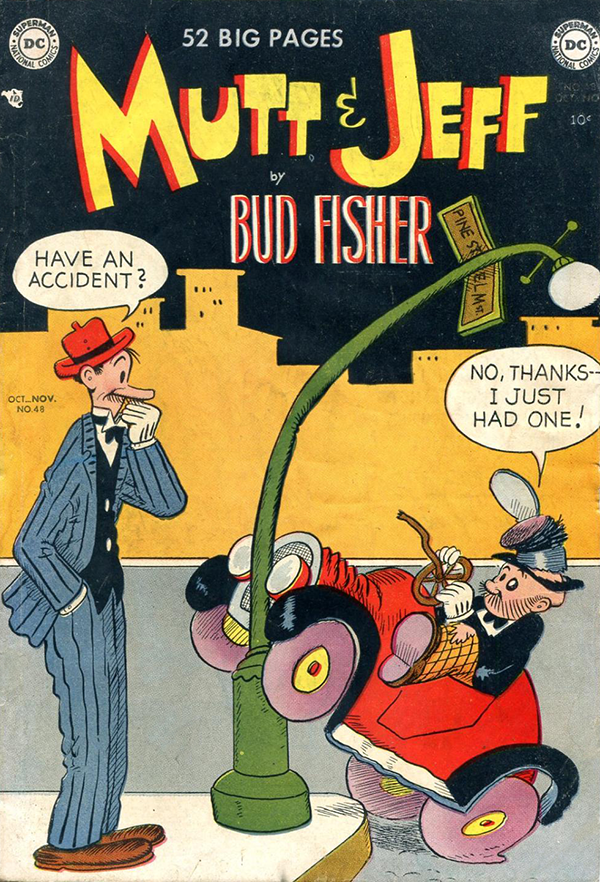 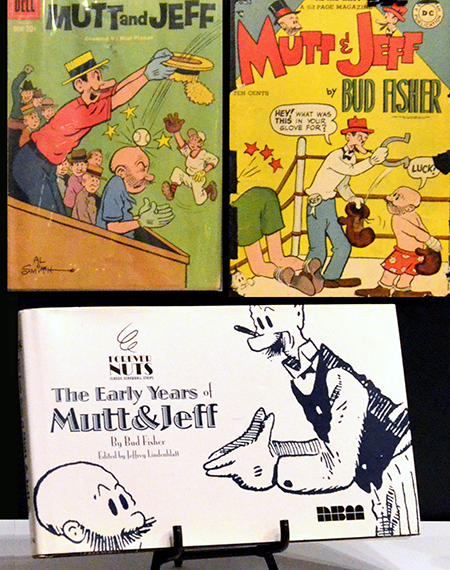