Phil Daoust, writing in The Guardian in 2001, described Jimmy Corrigan as “a prematurely aged office dogsbody, blowing around Chicago with only fantasies to keep him company. He is shrunken in on himself, round-shouldered and hunched as if to present the smallest possible target. He has tiny, droopy eyes, never meets a gaze, has no small talk or social graces.”

In artist and creator Chris Ware’s Jimmy Corrigan, all the evolutions in form and content made over a century of comic art seemed to crystallize. Ware rose rapidly to the top of his profession, and is now widely known as one of the best contemporary comic book artists. In 2000, the year in which Jimmy Corrigan was released, Ware was nominated in eight Harvey Awards categories and won six: Best Cover Artist, Special Award for Excellence in Presentation, Best Letterer, Best Colorist, Best Continuing or Limited Series, and Best Single Issue or Story. It was the beginning of a seemingly never-ending run in which Ware would dominate those awards and many others. Jimmy Corrigan was given “Book of the Year” distinctions by TIME, The Village Voice Literary Supplement, and Entertainment Weekly, and was also awarded a 2001 Guardian First Book Award and an American Book Award, “distinctions previously awarded,” as Ware writes in his author bio, “only to authors who could not draw.”

The Jimmy Corrigan of which Daoust writes is a down-generation abandoned boy, and this novel-in- comics traces the history of his clan as it transports readers backward and forward in time, starting at the Columbian Exposition in 1893. That is when Jimmy’s grandfather abandoned Jimmy’s father, who in turn abandoned Jimmy. The book centers around Jimmy’s opportunity, at age 36, to meet his father, and in so doing come to terms with his own identity. In the book’s afterword, Ware describes Jimmy Corrigan as his attempt to grapple with his relationship with his own absent father.

Perhaps Ware’s greatest innovation has been in narrative, creating a synergistic series of storylines alluding to an assortment of literary and commercial conventions including advertisements, children’s books, various forms of paper and print ephemera, and pop culture references.

Jimmy Corrigan’s story is at once dead serious, as early comic books never imagined, and funny, as once-upon-a-time comic books were meant to be.

Using his considerable skills as an artist, Ware is able to elevate storytelling to an experience that mirrors real-life interactions with the noisy, only sometimes useful world around us. Steve Almond, writing about Ware’s subsequent graphic novel, Building Stories (2012), calls Ware’s form unlike conventional comic book form. Rather than propulsive action, this new form is intended to support “psychological investigation.” 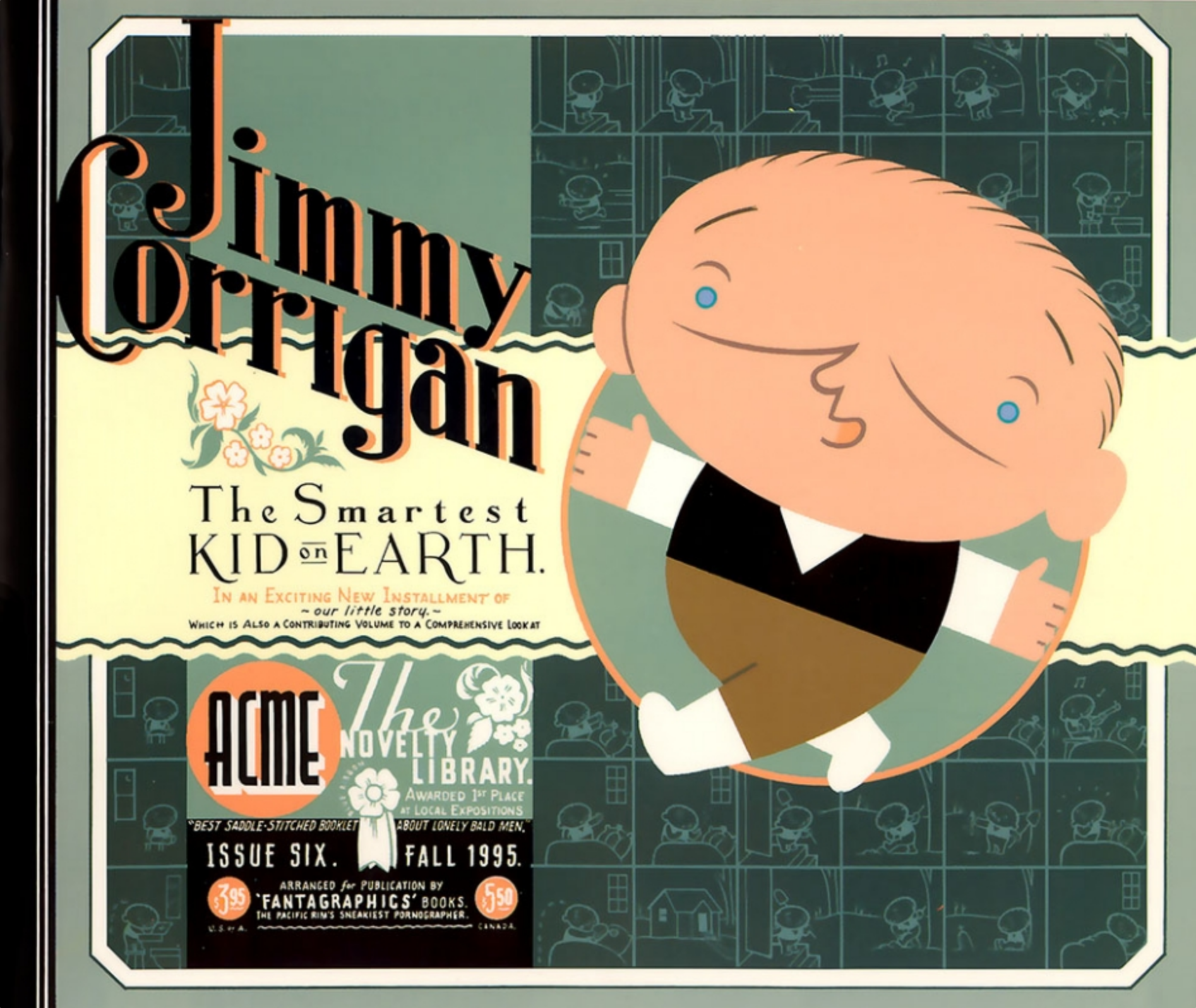 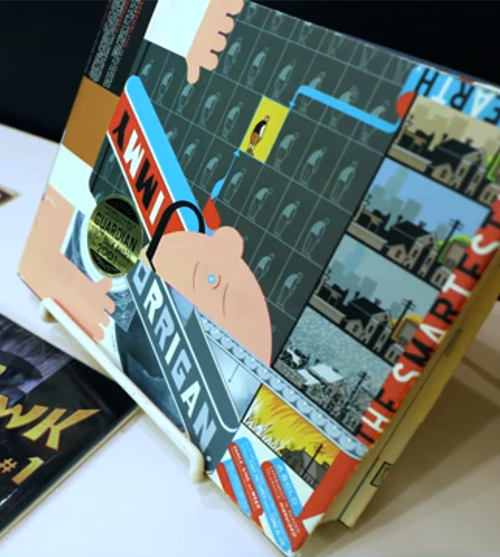