Gasoline Alley: Aging With Its Readers

Chicago Tribune’s black and white Sunday page, as part of The Rectangle

Gasoline Alley started humbly in 1918; today it is the second longest running comic strip in the United States. It was simple enough in concept: a group of Chicago guys led by Walt, Doc, Avery, and Bill, talking about cars. But Gasoline Alley broke ground in several important ways.

When Tribune editor Joseph Medill Patterson wanted to expand the strip’s audience to include more women, he asked creator Frank King to introduce a baby. Walt, however, was not married, and so, to avoid any moral improprieties, the child came in a sort of Immaculate Conception. In 1921, baby Skeezix arrived on Walt’s doorstep.

Another innovation was in the strip’s long-running development, which saw the characters age in real time. Contemporary Chicago artist Chris Ware has said that, in Gasoline Alley, he “finally found the example of what I’d been looking for—something that tried to capture the texture and feeling of life as it slowly, inextricably, and hopelessly passed by.”

Born in Cashton, Wisconsin, in 1883, King came to Chicago at the age of 23 to study art and begin professional work as a cartoonist. He worked in an advertising agency before making the circuit of Chicago newspapers, finally landing at the Chicago Tribune in 1909. When King started at the Tribune, his pay got bumped to fifty cents a week, according to friend and fellow cartoonist Lew Merrill. By 1925, he was making $22,500 per year, plus royalties, from Gasoline Alley merchandise and books.

According to comic critic Jeet Heer, in an insidehighered.com interview, Gasoline Alley’s influence on culture was deep. Even James Joyce kept a copy of the strip on his mantel and sprinkled Gasoline Alley allusions throughout Finnegans Wake. 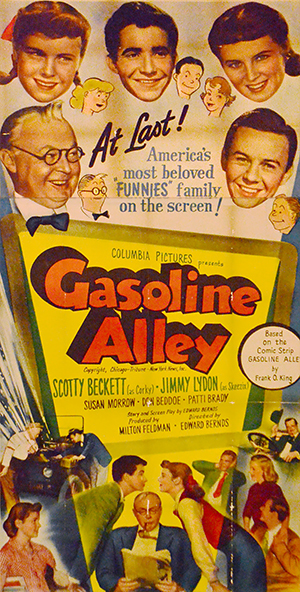 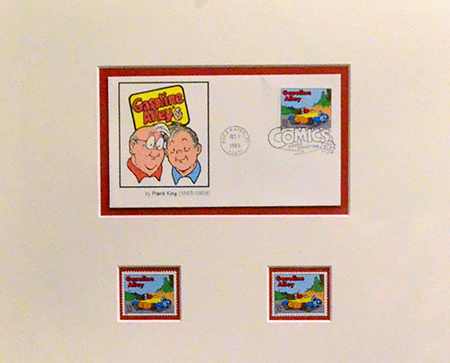