Run: 86 years and counting, with numerous cartoonists, including Robert E. Fletcher for five plus years, taking over after Gould’s retirement on December 25, 1977

Sporting his trademark fedora, dark suit, and tie, Dick Tracy made his debut at the height of a romanticized era of gang violence. Tracy entered the police force to avenge the murder of Emil Trueheart, who was shot down the day the chisel- faced hero proposed to his daughter, Tess. Tracy wore plain clothes and introduced the world to forensic science and procedural detective work while serving and protecting a Midwestern city that resembled Chicago. The villains were also inspired by real-life Chicago types: in the 1930s, Tracy’s foils included Al-Capone style bootleggers, violent gangsters, corrupt politicians, and even bought-off defense attorneys.

Gould came to Chicago via Pawnee, Oklahoma, with very little money but a drive to make it as a cartoonist. He enrolled at Northwestern University night school while picking up temporary and freelance jobs. Eventually he latched onto the art department at one Chicago newspaper, then another, and another, all the while pitching comic strip ideas to the Chicago Tribune, where he’d dreamed to work since boyhood. Finally, after a decade, Joseph Medill Patterson, head of the newspaper’s syndicate, took the bait, and green- lighted Dick Tracy’s debut in the Detroit Mirror and, soon after, in the Trib itself.

The strip’s serial story format lent itself to high drama, as did Gould’s insistence on clearly pitting good guys against bad guys. Tracy’s incorruptible ethics meshed with his clean, serious portrait. In comparison, his criminal opponents—with names like Mr. Bribery, Mole, Pruneface, Flyface, and Stooge Viller—were grotesque; there could be no mistaking their evil. Gould’s intense focus on bad guys was such that he had tombstones dedicated to each of his villain scattered around his 130-acre farm in Woodstock, Illinois.

According to the Dick Tracy Museum website, Gould worked earnestly to educate himself on crime-related matters by signing up for a Northwestern University ballistics course generally taken by Chicago police. He also frequented the State Street Police Department and eventually was given free access to the crime lab.

Dick Tracy quickly branched into other media: radio shows, film serials, and several feature films throughout the 1930s and 1940s. The strip’s pervasive influence in pop culture only grew over time, with scads of merchandising, books, films and on and on. Tracy also had an influence on other crime comics, such as Batman. 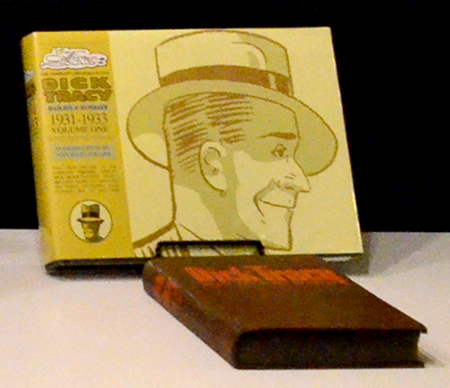 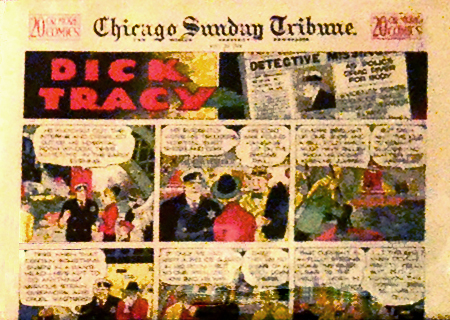