Shel Silverstein Gets a Stamp 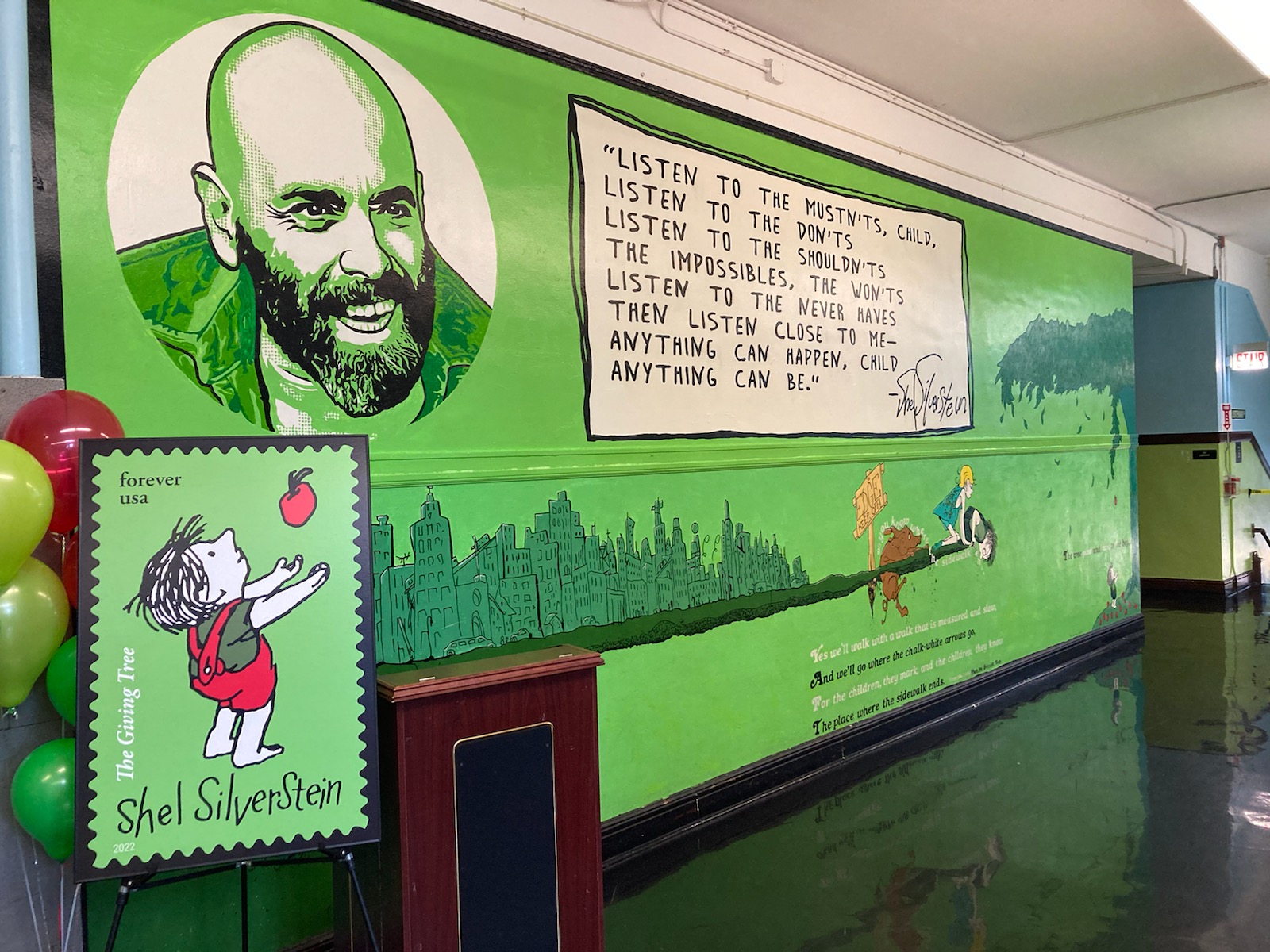 I get a curious email from a man named Artis. He’s writing on behalf of the United States Postal Service. It isn’t to ask me to stop harassing the post office about delayed or lost packages, as I would have surmised. He’s inviting me to take part in the unveiling of the first-ever stamp featuring the work of Shel Silverstein. It’s an offer I can’t refuse.

The morning of the ceremony, I wander around a rainy Logan Square, looking for a place to eat. I settle on Lula Cafe. I’ve been going there over twenty years, back to when it was a crummy coffee shop called Logan Beach Cafe. Silverstein may even still have been alive then. Though he was long gone from the neighborhood and Chicago.

Darwin Elementary, where Silverstein was once a student, is a few blocks from Lula. I try every red door and find each locked, until I circle the entire building to the parking lot. There, a sandwich board announces the stamp ceremony. I push a buzzer and go inside. I’m shuttled into a holding area serving as a green room. A spread of Dunkin’ Donuts and cubed fruit sits on a side table for the taking. All us dignitaries are introduced and informed about the schedule of events.

We proceed to the school auditorium stage and take our seats. Our MC, Don Evans, welcomes a very tall and skinny letter carrier to the stage to sing the 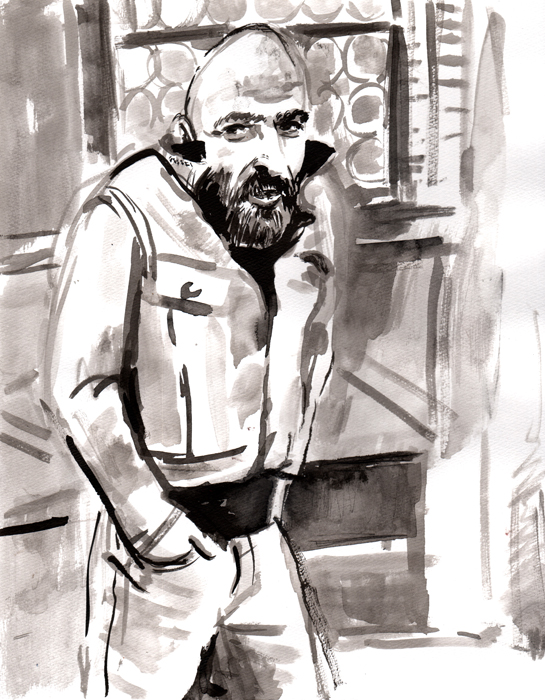 national anthem. There’s also a color guard, remarks from school and postal officials, and recitals of Silverstein poems by students. Some read confidently, while others are barely audible; one kid is so nervous as he waits his turn that he’s trembling and crying. The principal—who looks young enough to be a student himself—ushers the poor kid off stage before this episode can become a lifelong traumatic memory.

Then Don introduces me. This is more or less what I say:

This new stamp is special to me because stamps were one of my first influences as an artist. A Shel Silverstein stamp is a no-brainer.

Like many of the best writers, Shel Silverstein could share complex ideas with simple words. He knew how not to drone on or overstay his welcome. He didn't waste time or space when he didn't have to. This is one of the many reasons why his work continues to be loved by so many of us.

I was seven years old when my family moved to this country from the Soviet Union, so I didn't grow up with Silverstein's pictures and words. Those first few years I was just learning the language rather than enjoying its more nimble practitioners. My bedtime stories were in Russian. Nevertheless I was predisposed to appreciate Silverstein's type of poetry because in the Soviet Union many of the best writers found their only means of expression through children's literature. His wit, playfulness and melancholy felt instantly familiar. As if I'd always known them. Like Kharms, Marshak, and so many other writers both here and in the USSR, Silverstein never set out to write for children. He worked for Playboy and wrote raunchy songs for rock bands.

He only turned to art and writing at all once it became clear he wouldn't be in the starting lineup for his beloved White Sox.

Though he did sell hotdogs at Comiskey for a time.

A few years back, in a bar on the North Side, I heard an essay read out loud offering yet another interpretation of The Giving Tree. I'd be willing to wager that the number of interpretations of that book now outnumber its total word-count.

That's as telling a tribute to Silverstein's genius as any. His carefully chosen, precise words continue to inspire millions of readers and will continue to do so as long as there are readers and books.

Silverstein tells us with humor and wisdom what it's like to be a particular person. To be unlike anyone else.

I’ll leave with the man’s own words:

My skin is kind of sort of brownish

My eyes are greyish blueish green,

But I’m told they look orange in the night.

My hair is reddish blondish brown,

But it’s silver when it’s wet.

And all the colors I am inside

Have not been invented yet. 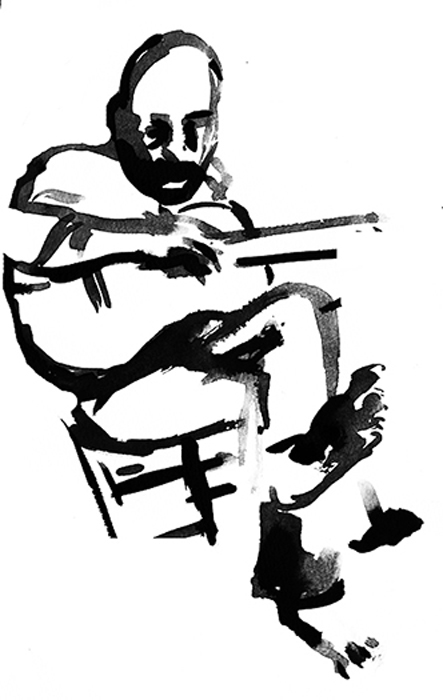 Afterwards, we all sign programs for audience members a few minutes, sitting behind a table hastily set up onstage. I like the little kids passing through who push whatever random paperwork they’re holding at one or another of us. They don’t know what they’re doing there and neither do I.

After that, we reconvene in the green room, where Artis makes us sign more programs, as it turns out, these are so we all have signed programs ourselves. Then each participant is given a framed plaque commemorating the event. I ask Don if he’d take mine so I don’t have to schlep it on the train.

We say our goodbyes and I walk back out into the rain.

Dmitry Samarov paints and writes in Chicago. He is the author of six books, including his memoirs Hack and Where To? about his experiences driving a cab in Boston and Chicago.