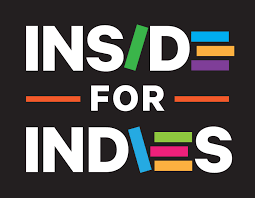 When you hear the phrase, “How the sausage is made,” it’s usually in the vicinity of another phrase: “You don’t want to know.” The insinuation is that it’s messy, unsanitary, and the organs that get ground together would appall us.

With books, it’s the opposite: we do, exactly, want to know. Jim Garner is spearheading Inside For Indies, a video series in which we get to peek at where the Chicago book world makes its sausages. In an effort to raise awareness and money to help the plight of independent bookstores, especially here in Chicago, and especially The Book Cellar, Jim rallied a bunch of authors. Already, Jim, Christine Sneed, Rachel DeWoskin, Rick Kaempfer, Randy Richardson, Tom Dyja, and Michael Zapata have shown us their personal literary butcher shops. There are many more to come. These are short, lovely, intimate video portraits of their writing spaces and lives.

Rick conducts his tour with the self-deprecating humor and style that has characterized his professional career as a writer, publisher, radio producer, and podcast host. Rachel passionately explores her life not only as a writer but a reader, and her reverence for contemporary authors gives an intimate glimpse into the way we’re all connected through our words. Jim gives a tutorial on how fun and serious go hand-in-hand in his literary life, nothing less than what I’d expect from the brilliant creator of the Politically Correct books and the Rex Koko: Clown Detective serial novels. Randy does an excellent job articulating how the objects in his space fuel his writing life, and chooses an outstanding Stephen King passage to give us insight into his guiding light. Christine humbly shares her writing space and process, and along the way makes a convincing case for why we need our independent stores. Tom’s five minutes reveal how a relatively small office nurtures an expansive literary mind. Michael zooms us around the imaginative surroundings in which he has made his distinguished art.

The common thread among all the featured authors is a shared passion for literature and a deep, abiding relationship with booksellers and their stores. Each of these authors is keenly aware that in our literary ecosphere we need each other. Jim asked me to be a part of the team leading this campaign. While my part is minor, I’m honored and glad to do my bit, as is the Chicago Literary Hall of Fame. Those I’ve reached out to, nearly all, feel the same. 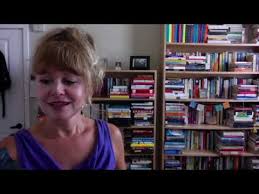 Watch these videos for their own sake, or watch them to hear the full force of this appeal. Every donation, every purchase, helps our independent bookstore community stay whole. As we witness daily the many businesses not making it—The California Clipper being the most recent tragedy—it’s increasingly clear that this situation is far from hypothetical.

Donald G. Evans is the Founding Executive Director of the Chicago Literary Hall of Fame. He is the author of a novel and short story collection, and editor of an anthology. His personal blog often explores Chicago literature, including a recent post on the destruction of his book and memorabilia collection.