It was in March that the emails starting trickling in: from Shakespeare Theatre Company, Oak Park Festival Theatre, First Folio, and others from whom I’d purchased tickets and eagerly awaited the scheduled live performances. The news was bad: there would be no live performances for the foreseeable future. I most regretted that some of the performances, such as Emma, would not be rescheduled and therefore the chance to see that particular show ended with the onset of the health pandemic. Still, this seemed temporary: I figured, “Just have to wait it out.”

The waiting-it-out period is now a half-year old and seems sure to have a first anniversary, if not a second. Of all the Covid-19 collateral damage, the theatre industry’s perpetual dark night perhaps best symbolizes our losing fight. In an industry that popularized the phrase, “The Show Must Go On,” there is no show.

Goodman Theatre, starting this Wednesday, plans to do what it can to foster some kind of theatre experience in this social distancing muck in which we’re mired. No, it’s not a live performance—that would be reckless and probably get people sick, not to mention inspire the wrath of Lori Lightfoot. It is, though, theatre: a memorable staging of a classic play, captured on videotape and now available for the general public to view. Free.

The play is Death of A Salesman, and though many, many, many companies staged this production in the years after 1949, when Arthur Miller won a Pulitzer 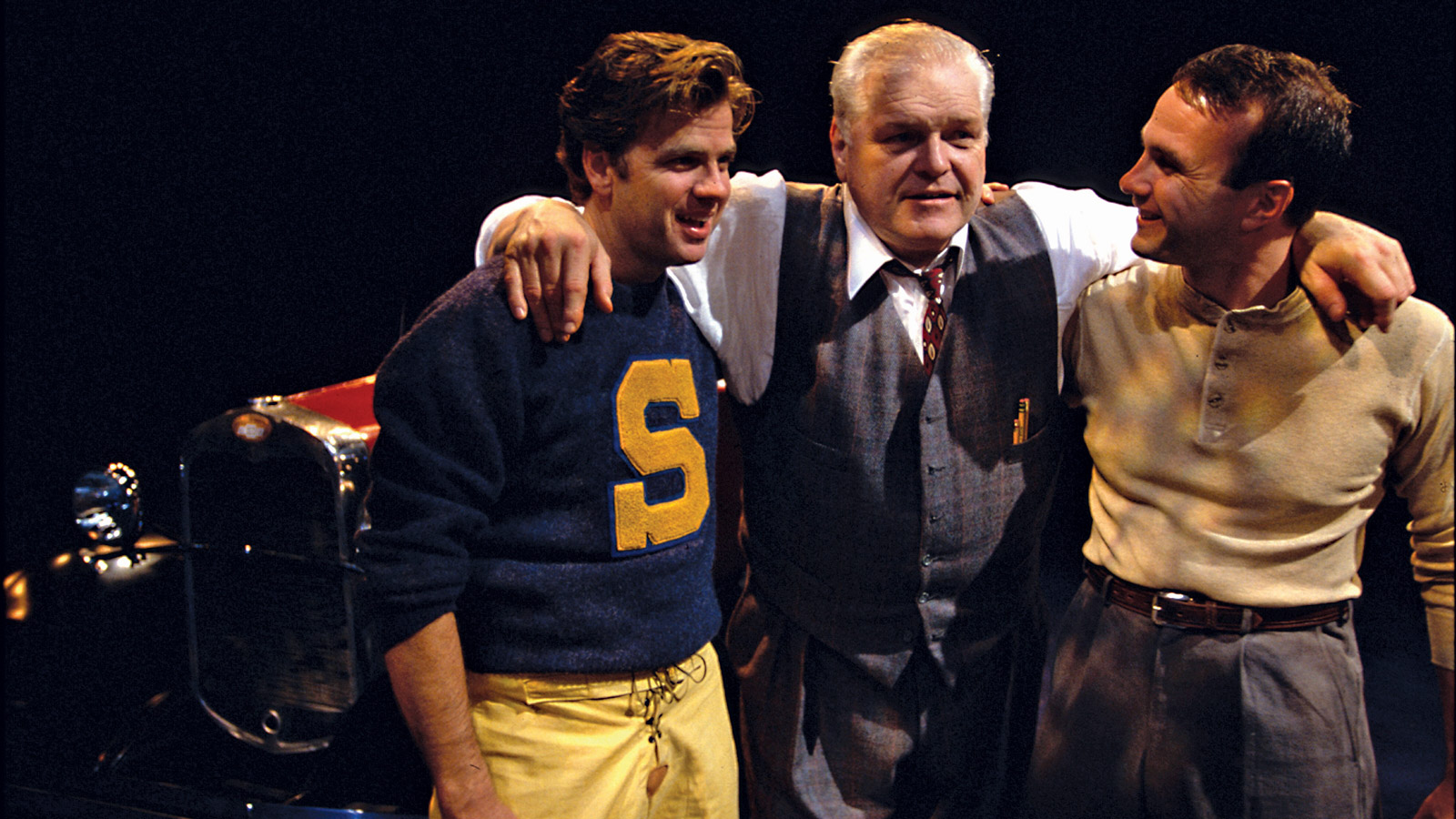 Prize for writing it, few have done it better than the Goodman in 1999. Brian Dennehy gave a simply breathtaking performance as Willy Loman, and was honored with one of four Tony Awards for that production: Best Revival of a Play, Best Actor in a Play, Best Featured Actress in a Play (Elizabeth Franz) and Best Direction of a Play (Robert Falls).

Showtime filmed the production, but it has not aired since its original release. The production features the original Broadway cast. This stream will be made available through the Goodman Theatre website and Playbill.com starting at 7 p.m. CDT on October 21 through midnight on October 25 only.

Donations are encouraged to the Actors Fund, supporting theater artists during this difficult time across the country.

This is not a Chicago play, but it’s a sensational story put on by one of Chicago’s finest theatre companies. Dennehy was associated with the Goodman for decades and appeared in many of its productions prior to his passing earlier this year. While Dennehy was largely known for his legendary acting career, he did write and direct a series of TV movies based on Chicago police detective Jack Reed.