Fit/Lit Was a Highlight of Our Sheltering Summer 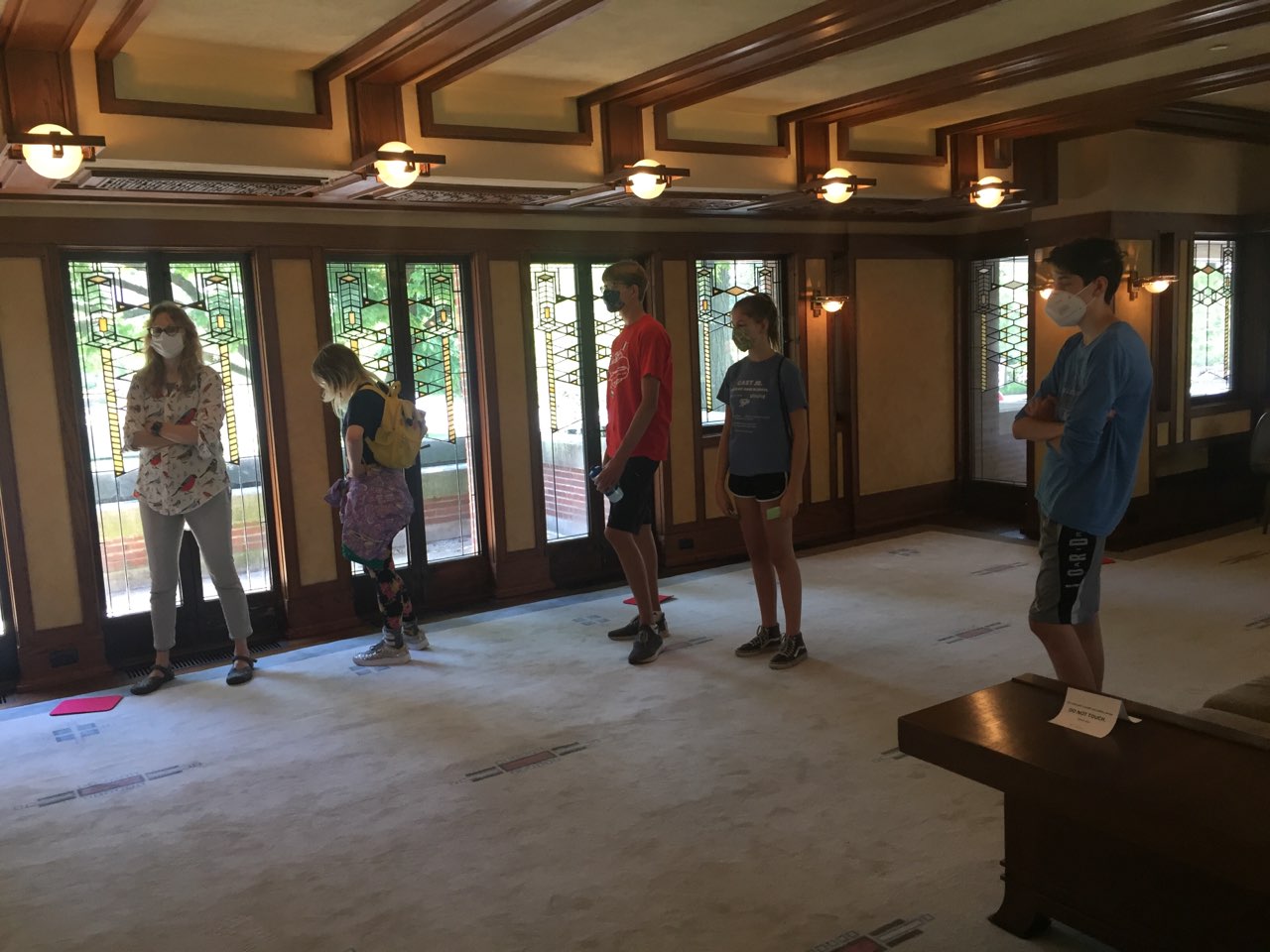 Since Dusty was young, we’d tried, as so many parents do, to make sure screen time consumed a relatively small portion of his life. Our thinking was: fine in small doses, but make sure you’re participating in activities that grow the mind and body. For the most part, Dusty naturally adhered to our loose philosophy. He did love his video games, but, frankly, there just wasn’t enough time for him to overdo it. Until there was.

What disturbed me most about the new trend was that somehow this child I read to for literally hours every day all through his formative years, this child that delighted in stories, this child that early on showed a natural propensity for reading and excelled at it in school, had STOPPED READING. I feared that my child who’d grown into a young man would lose forever a habit I consider so vital; I feared that he would not develop into a lifelong reader.

My worries about my own son inspired me to put together the inaugural session of Chicago Literary Hall of Fame’s Fit/Lit program. At its core, the idea was simple: give us, for God’s sake, something we could safely do during this awful pandemic.

Dusty, along with a handful of other young people, joined the program. Truth is, I made him join, and I think he realized, like it or not, there was no getting out of this. It helped that his old friends Jane and Max, and then Michael and Elysabeth, and, finally, Charlotte all registered. Still: he’d become accustomed over the past months to those activities that required minimal effort and thought. I had to prompt him to do some reading, to put his responses on the Discord Channel designed as a forum for participants to engage with each other. I found myself halting him en route to the video station to ask, “Did you do some reading yet?”

Our first outing was to the Robie House. I’d re-read Blue Balliett’s The Wright 3 and encouraged our young Fit/Liters to do the same. It’s a really good novel. A fun novel. A smart novel. Others in the group followed my lead and read it as well. That day: for me, and I believe Dusty, possibly Jane and Max and Michael and Elysabeth, marked a turning point. Right from the start, it felt, for the first time, like SUMMER. We got up a little earlier than usual. Prepped for our trip. Do we have water? Face masks? Hand sanitizer? Should we bring a snack? We looked online at maps to make sure we knew the best way to get to the Robie House and approximate distances to other sites we might see while we were there. Even driving toward downtown, the skyline sparking on the horizon, felt exciting, like we were on an adventure.

It helped that the day was nearly perfect. Warm but not too hot. Bright sunshine. Blue skies. A little breeze. As soon as we stepped out of our cars onto Woodlawn Avenue we felt the sun, heard the life, knew, for the first time in a while, that we were participating in this day rather than letting it pass us by.

We let the Robie House people know we were here for our private tour and then, since we were early, started poking around. We walked down the alley to see if we could locate where exactly Tommy Segovia would have lived. We got down to ground level to speculate on where the Frank Lloyd Wright talisman would have been buried, inspected the stained glass windows the burglars meant to sell.

The tour itself was ideal. We numbered just enough to get the docent and house to ourselves for that hour. We took pictures. We took videos. We discussed aspects of Blue Balliett’s novel that we identified in the interior. The conversation naturally veered into architecture and history.

Then we were out walking. We decided to cut straight through the University of Chicago campus on our journey to Jackson Park's Japanese Garden (also featured in the novel). Michael is at least a bit curious about UC as a college landing spot, and he was grateful to experience the quad and some of the historical buildings, see the place that keeps sending him letters and brochures. Max noted that even though he’d spent a ton of time in Chicago, it was nice to be on the South Side for a change. The Japanese Garden was splendid—the carp and the lily pads and the swallows and the cherry trees were carrying on as though they’d never heard of the coronavirus. Being there allowed us a chance to talk a bit about the Columbian Exposition: more history that just naturally found its way into the outing.

By the time we got back to the car, we’d walked five miles, which is about four and a half miles more than Dusty had walked in months. We’d experienced the outdoors. We’d deepened, at least a little, our understanding of history and literature. We’d enjoyed actual social interactions.

And so the next month went. When I announced an outing, some faction of the group would come along. Some group members designed their own outings, like when Annika and her family went to the MCA, and then shared all the details. We ventured to the Wizard of Oz statues in Oz Park, the Hemingway Memorial Garden and the Edgar Rice Burroughs homes in Oak Park, the place where the Great Chicago Fire began (now a training academy for firefighters), the site of the Haymarket Riots, the Mansueto Library that was used as a film set for Veronica Roth’s Divergent, and more. We talked about books. History. Chicago. We walked. We laughed a bit. There were, of course, stumbles: everything during this pandemic is a bit tenuous. We discovered that in order to see the Eugene Field Memorial we needed reservations for the Lincoln Park Zoo, and that the Graceland Cemetery was temporarily closed due to storm damage. But those stumbles were part of the adventure, and led us to places like Wrigley Field, where we experienced, for the first time in any of our lives, a baseball game being played without any fans.

Dusty’s enthusiasm improved. At first, just a little. Then a bit more. Toward the end, Dusty was even suggesting possible outings and asking for help tracking down Chicago books. I, too, found that what was at least partly an obligation had turned into something I looked forward to doing. I read even more than usual and got in way more steps than I had been. Michael had recruited us to join a community project in which our steps could be used to donate meals to those in need—it felt good to do something worthwhile for myself and to a small extent others.

In the end, Fit/Lit did not save our summer, exactly, but it certainly improved it. Up until that point, spring and summer, Wednesday and Saturday, May and June, they’d all blurred into one idle lump.  As we were completing our last outing and the teens talked about the upcoming start of school, Mel asked if I might consider extending the program into the fall. We were at Wrigley Field, sitting at our own tables, six feet apart from ourselves and everybody else. The Cubs game was on a TV screen in the bar that now is part of the stadium complex. Anthony Rizzo hit a home run on the screen and we listened to the piped in crowd cheers. Strange days, I thought. And then I thought, “Sure.” Mel wanted this to continue for her children’s sake, but also for her own, and my sentiments were identical: I’d like Dusty AND myself to keep going. I’d already gotten a half-dozen emails from adults asking to get in on the fun. 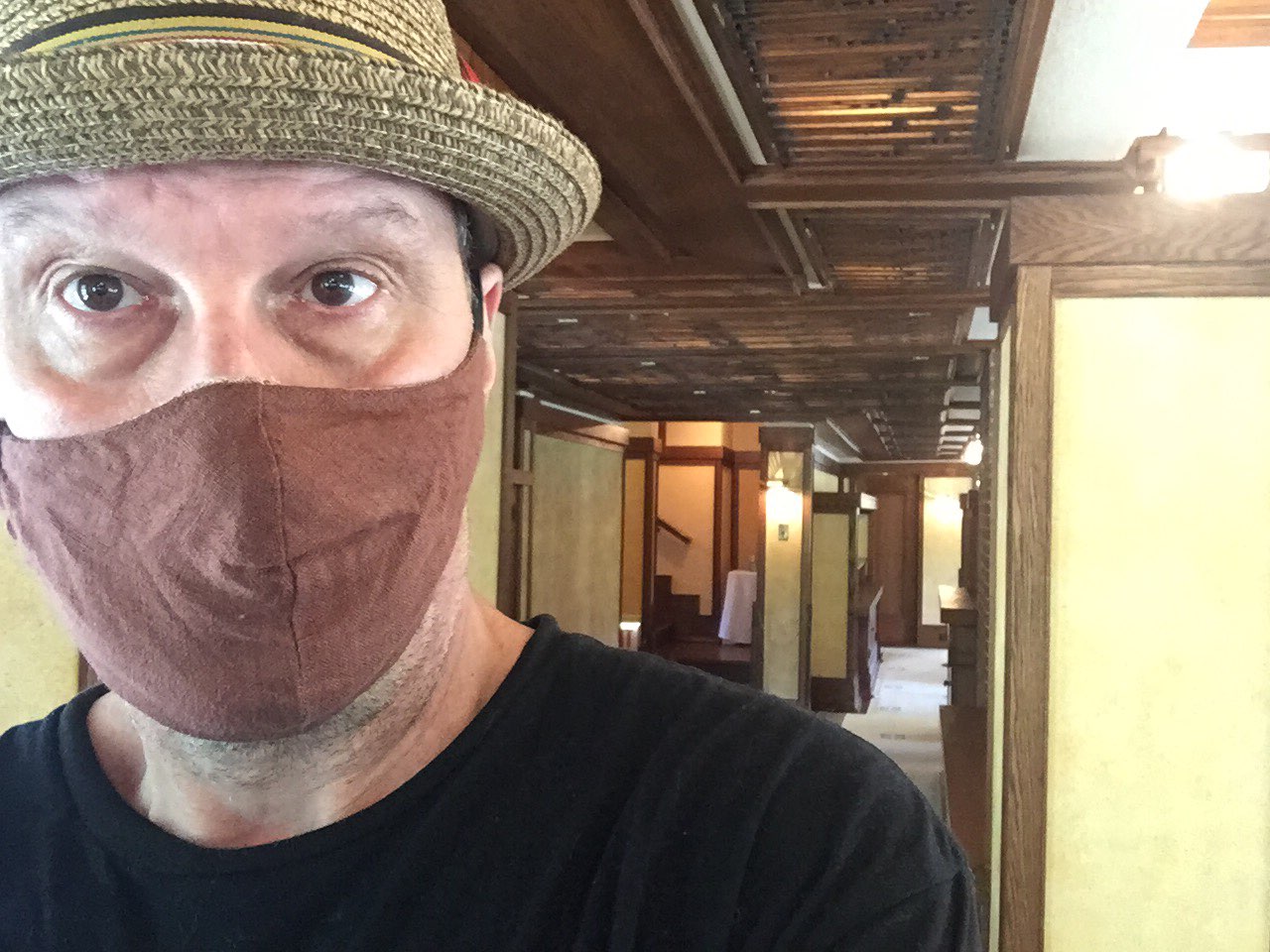 So Summer Fit/Lit has officially ended. Fall Fit/Lit, though, is just getting started. From Sept. 15 until Dec. 1 we’ll read some new Chicago books, find some new places to visit, and generally extend this opportunity to the whole family. Register if you want to be a part of it.

Dusty is busy with school now, but his idle time is still way more expansive than in ordinary times. Hopefully, this time around I won’t have to tug quite so hard to get him away from the video games.