The publication of the Chicago International Film Festival schedule each fall was one of the most anticipated events of the year for me, kind of like when the Sears Christmas Catalog arrived in the mail when I was a kid. I would pore over each film's listing, black marker in hand, and circle those I wanted to see, much as I would page through that holiday catalog making mental notes of the toys and games I would add to my Christmas list. During the 1970s I was a dedicated movie-goer, dare I say "film buff," seeing as many as 300 movies per annum, and the Chicago Film Festival was the annual highlight of each year. 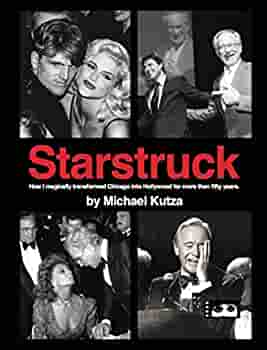 And now the founder of the Chicago Film Festival, Michael Kutza, has written a new book titled Starstruck: How I magically transformed Chicago into Hollywood for more than fifty years that brings me back to those years of spending chilly autumn evenings sitting with my tub of popcorn (extra butter) trying to understand what the heck Rainer Werner Fassbinder was trying to say, while Hollywood, or more appropriately Hollywood Babylon, had arrived on the scene and swirled through Chicago's restaurants and hotels, and the several Film Festival screening venues.

I was particularly intrigued by the new, young "writer-directors" who penned their own screenplays and brought their scripts to life from behind the camera, like the "New German Cinema" writer-directors like Fassbinder, Wim Wenders, and Werner Herzog. I circled any of their films, each year, with my marker.

The Chicago Literary Hall of Fame (CLHOF) has always understood that "Literary," can apply to any written medium including fiction (short stories or novels), poetry, non-fiction (including journalism), playwriting, and screenwriting. Ben Hecht, for instance, (inducted into the CLHOF in 2013) was better known for the seventy or so screenplays he wrote or co-wrote than, perhaps, his many books or his prodigious output as a Chicago journalist. Other CLHOF inductees with filmwriting credits include Thorton Wilder (also 2013), Lorraine Hansberry (2010) for her film adaptation of A Raisin in the Sun, and L. Frank Baum (2013) who wrote and helped produce his own early, silent movie version of his The Wonderful Wizard of Oz, filmed at Chicago's Selig Studios during cinema's earliest years. As a budding writer back then who would go on to script several short movies and industrial films, I especially appreciated those filmmakers who also toiled behind a typewriter.

I knew that a man named Michael Kutza was the founder and driving force behind the festival. I assumed that he was a film buff himself, one that made my efforts look piddling, who viewed a gazillion movies every year and made sure each festival screening did justice to the director's, or writer-director's, vision, and wrote important film monographs about things like symbolism and camera angles in the "New German Cinema" when compared to the "French New Wave," or other weighty film issues.

I was half right.

Kutza, a native Chicagoan from the West Side, did indeed travel the world in search of the best films to feature during his festival. But once all was scheduled, and the venues in place, his job changed, as he describes in bawdy detail in his new book.

Movie stars can be demanding (understatement), and Kutza relates many instances of over-the-top, uh, requests, shall we say? First class tickets for movie stars to fly to Chicago from anywhere in the world were the least of his worries, as he asks the rhetorical question, "... why did I always feel like the pimp?"

I could go on about the specifics, but you should read the book for those. It's breezy and conversational, more a personal memoir than a history of the festival, organized by general topics in chapters named after famous movies, like La Dolce Vita and Sorry, Wrong Number. It moves from hilarious anecdote to ribald tale as if you were sitting in the old Pump Room with him and he smiles and says, "That reminds me of a little story about Jeanne Moreau." Now this particular histoire hit home with me because one of my fondest memories of the Festival was when Ms. Moreau appeared at the Biograph, back when it was still a movie theater, to introduce Lumière, a film she wrote and directed. I broke my rule of avoiding the star-studded festival events because, well, she was Jeanne Moreau! Star of Truffaut's masterpiece Jules et Jim, for heaven's sake, and a bunch of other films that I loved. I sat about two thirds of the way back in the packed theater, but could see her very well indeed. I was enthralled, in the presence of a film legend. And her eyes actually sparkled!

The story about Ms. Moreau that Kutza relates, however, is about how one of her limo drivers thought that she was "too old." You can imagine the rest. I was crushed when I read it, but eh bien, she was French, right? Vive la France! Vive la différence!

In addition to the tales of the dubious escapades of the stars, like Anna Nicole Smith's rather direct after-dinner request, there are many stories of the good guys and gals of international cinema from silent film star Colleen Moore, who, along with columnist Irv Kupcinet among others, was instrumental in getting the festival off the ground in the mid 1960s, to Charlton Heston and Tom Cruise and Jack Lemmon and Clint Eastwood and Jack Nicholson, who was apparently stoned most of the time, but marijuana is now legal so who cares? There is also a chapter that covers a very cold-hearted but unsuccessful palace coup that sought to oust Kutza from heading up the festival, which I found very interesting having witnessed much Machiavellian corporate machinations during my business career. 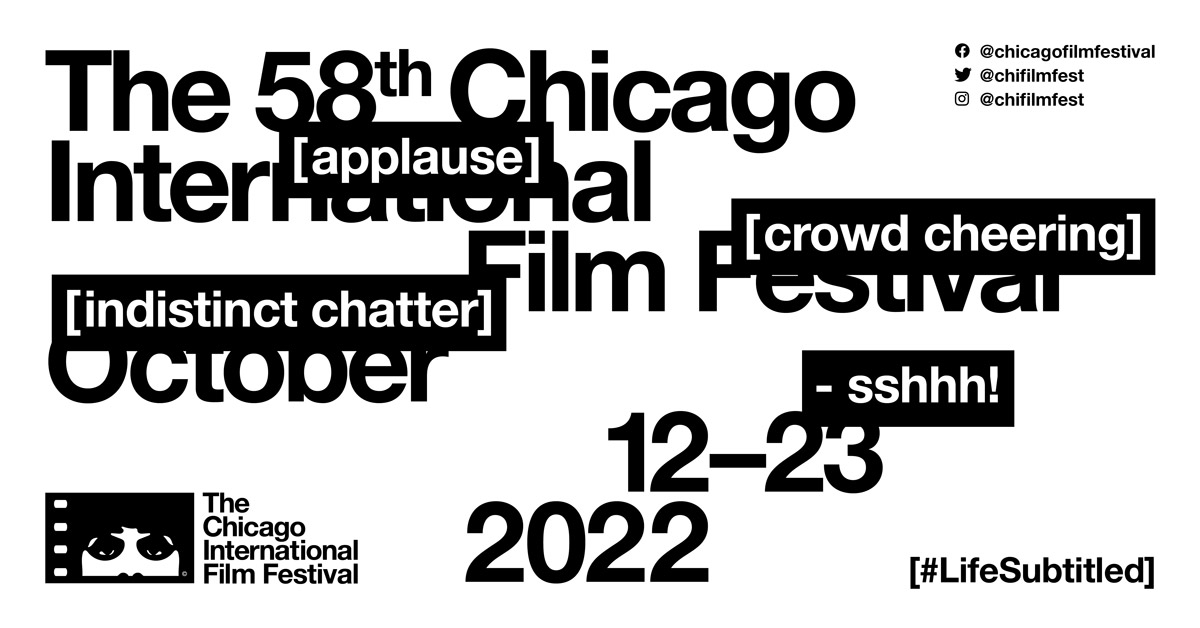 Kutza takes time to acknowledge those who labored tirelessly behind the scenes (so to speak) to make the festival the huge success it became. And he very honestly states that these very dedicated colleagues were the ones who handled the often daunting logistics of mounting a film festival while he was saddled with the task of fulfilling the whims of the big name guests.

And there are dozens of pictures of ... well, stars too numerous to list. Let's just say that Kutza brought to Chicago the A List of Hollywood and the most celebrated international stars, directors, and writer-directors along with their films. And he was often criticized for his selections as being too sexy or too obscure or too gay, as Tribune film critic Gene Siskel once complained. Roger Ebert defended Kutza on this point. Pulitzer Prize winning film critic, and screenwriter (!), Ebert (CLHOF 2016 Inductee) was a constant presence at the festival from its earliest years, and Kutza relates several stories about him, not all of them complimentary.

I know from seeing many of those controversial films that Kutza never hesitated to take risks if the movie met his high artistic standards. One short personal anecdote -- I invited a film school friend, a young woman, to join me for the festival screening of a new Japanese film by Nagisa Oshima. I didn't realize that the film had already caused a scandal because, long before Lars von Trier, it included very explicit, non-simulated sex scenes. My friend took the whole experience in stride, making an appropriate joke about it afterwords. However, I respectfully decline to repeat the joke here. But the screening of In the Realm of the Senses proved to me that nothing was taboo for Kutza, and I applauded his courage.

Floyd Sullivan studied film and filmmaking at UIC under Hans Schaal, at the School of the Art Institute under Tom Palazollo, and at the University of Chicago's Graham School of Continuing Liberal and Professional Studies under Roger Ebert. He has made dozens of independent and industrial films during his long career in advertising and marketing. In addition, he has published three books and numerous short stories, and is a former Chicago Literary Hall of Fame board member and continues to volunteer for the CLHOF.