Coming out of the destabilization and devastation of the pandemic, worldwide protests over systemic racism, and an increasingly histrionic political climate, place has never meant so much to our daily lives. Our connections to our communities as well as the histories and inhabitants that shape those communities has been amplified by the propulsion of current events. When the world races past and changes happens with quicksilver speed, a fixed, stable place to live, thrive, and engage our labors and passions is both vital and treasured. Now, more than ever, the need for belonging and recognition is acute and cannot be set aside. 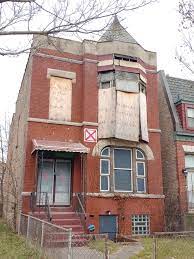 Earlier this month, Alderman Sophia King (4thward) introduced a proposal that would have restricted house museums in neighborhoods. According to Maudlyne Ihejirika of the Chicago Sun-Times, if King’s proposal had been approved, house museums would have to obtain a special ordinance, something they don’t have to do now. Natalia Nebel, co-organizer of the Sunday Salon, began a petition to stop King’s measure, and local writer and musician Anne-Maire Akin rallied members of the community to protest the measure. They were among many to speak out and organize opposition to the measure. Though King withdrew her proposal after vehement protests from members of the community, the fact remains that elected officials fail to see the importance of establishing and maintaining these museums, which help to anchor a community, draw tourism, and enhance the life of the community,

Literature is as much a part of the life of a community as parks, museums, salons, eateries, shops, libraries, and houses of worship. One of our goals at the Chicago Literary Hall of Fame is to secure the city’s long history as a stronghold of American literature. Whether writers were born here, lived here, or incorporate Chicago into the dynamics of their work, the city itself is a living, thriving museum, and its literary heritage casts a long shadow.

Individuals from all quarters are forced to rethink place—what it is, what it means, how it was established, and what it will be going forward. Reckonings over Confederate monuments, towns and suburbs that once enforced sundown policies, and landmarks to infamous figures have and will continue to animate public discourse for some time. Yet it is important not to lose sight of the places that give a community its own special flavor, the qualities that set it apart and make it a pleasure to those who reside there and those who visit. Think of Bo-Kaap in Cape Town, South Africa; Eighteenth and Vine in Kansas City, Missouri; De Pijp in Amsterdam; or any number of neighborhoods in Chicago, from Pilsen to Bronzeville to Andersonville. Each contains its own unique museums, history, and style, and each has found its way into literature. No amount of zoning or political grandstanding can excise what is held so dear from those places. Nothing ever could.

Jarrett Neal's first book, What Color Is Your Hoodie?: Essays on Black Gay Identity, was a finalist for the 2016 Lambda Literary Award. His fiction, essays, and poetry have appeared in The Gay and Lesbian Review, Chelsea Station, The Good Men Project, Cold Drank, and other publications. A graduate of the School of the Art Institute of Chicago's MFA program in Writing, Jarrett serves on the Chicago Literary Hall of Fame's Board of Directors.