On Monday, Oct. 5, beginning at 7 p.m., Rachel Swearingen will read from her debut story, How to Walk on Water, and discuss it with author Kate Wisel, whose own short story collection Driving in Cars with Homeless Men just came out in paperback. Host The Book Cellar requires pre-registration for this virtual event, done simply through an email to words@bookcellarinc.com. 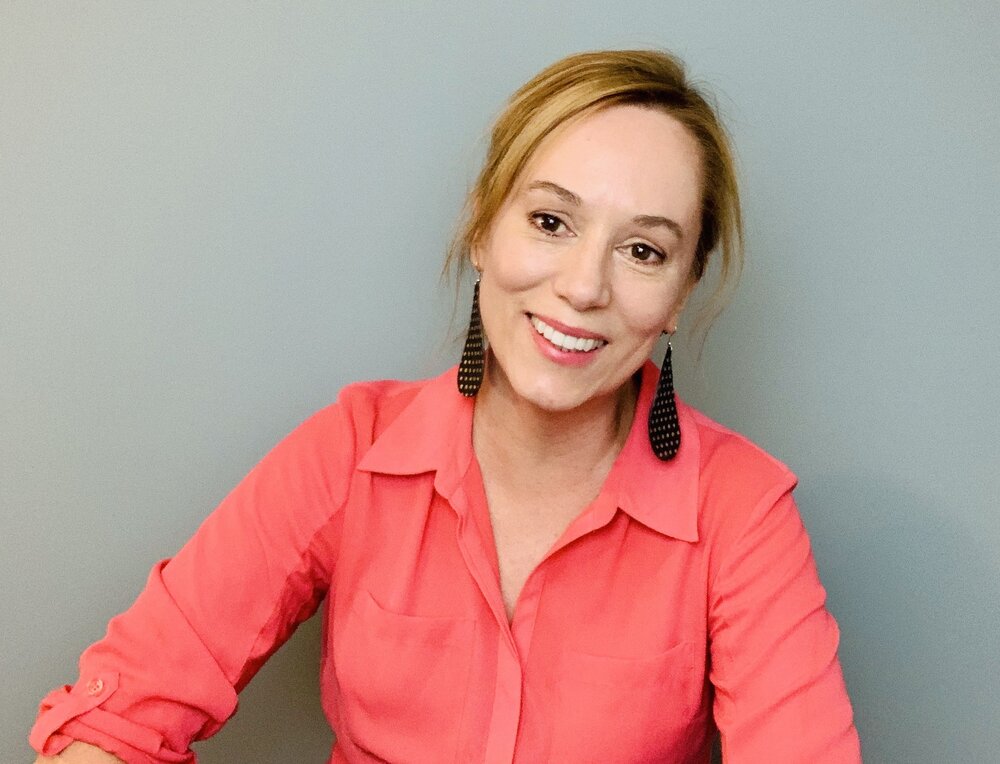 The short story, over the past half century, has been treated by the reading public as a fad that is sometimes in and sometimes out but never on par with other literary forms. Big publishers generally make sour faces at the prospect of a collection, especially a debut book whose author does not already own an appreciative and loyal audience. When an unknown and unheralded author receives a modest contract for their first story collection, it often comes with the condition that a novel will follow. It is the novel that has a grip on the industry, the novel that is purchased in large quantities, the novel that is most likely to get reviewed, the novel that stands a chance to be adapted to the big screen. The short story gets the crumbs left over from the novel.

It is our good fortune, though, that small, independent publishers, like New American Press, concern themselves first and foremost with literary artistry, with great stories, and commit to quality in spite of conventional wisdom that tells them to go with what sells.

Otherwise, we might still be waiting on Rachel Swearingen’s debut short story collection, How to Walk on Water, and if so the pleasure of reading an already-extraordinary author might have been delayed a good amount of time. These stories had been published and won prizes in respected literary journals like Kenyon Review, Mississippi Review, and Agni. Agents noticed the stories here and there and contacted Rachel, always hoping to represent her novel and never hoping to represent her short story collection. Then Rachel won the prestigious Rona Jaffe Foundation Writers’ Award in 2012 and the velocity of inquiries increased, which essentially meant that there were more agents hoping she had finished or would finish a novel they could represent. Eventually, Rachel found an agent committed to her short story collection, but still did not find a publisher. Then she won the 2018 New American Press Fiction Prize that included the publication of this incredible book.

The nine stories in How to Walk on Water share a sensibility somewhere between forlorn and frantic. The characters, many of them, are lonely. They find themselves in strange circumstances, often looped to unlikely accomplices (friends is perhaps the closest word to describe these relationships in lieu of a more precise language), whose own circumstances suffer still greater oddness. It is the mood in each of these stories that first casts its spell on the reader. The air seems heavy and stale, and otherwise urgent situations seem mired in the swampy horizon that is the future, or at least it is so for many of the chief characters.

I don’t use the word protagonist or hero here because there are none, not really. Life in these stories delivers forks that go one way or another, but unlike Robert Frost’s famed snowy day both the familiar and the strange seem mostly bleak. Bulimia and alcoholism and generational poverty are just some of the maladies preventing these characters from grasping happier futures, but also more common character defects like laziness and pettiness and plain stupidity. The psychological makeup of Swearingen’s characters is on full display: their battles with their past, the dark shadows of failure, the way they process the world. This contributes to complex character studies in which the internal and external lives of these extraordinary ordinary people feel inextricably linked, like there is no difference between what is happening in their minds and on the streets that lay before them.

Throughout the stories, though, there is art, and not just art that hangs on gallery walls but art that surrounds people in their everyday lives. Felina, the title character of the first story, creates a series of performance art pieces that alternately jar and disturb and inspire her white-collar amour Arthur. It is here we get shoved through the door to Rachel’s world, seeing, through Arthur’s eyes, ordinary objects and moments rearranged into transformational experiences, for better or worse. What happens to Arthur happens to many of the characters in these stories, namely that their angle, or viewpoint, changes just enough to reassess and reimagine the past, present, and in some cases the future. For Arthur (“He couldn’t make himself do the things he ought to do.”), it means reassessing everything that has come before.

Obsession runs through the stories, as in the second story, "Notes to a Shadowy Man," in which a nanny living overseas, mostly isolated with the baby of a strange family, becomes fixed on the idea that she might make a fantasy connection using the ornate, Old World drawer she finds in a café bathroom’s bureau. These intimate letters act as another kind of art that transforms and also a device by which the nanny means to rewrite, or try anyway, the story of her life.

The third story, "Boys on a Veranda," turns a voyeuristic experience into the kind of elegant relationship that could only be found in this lonely world, to wit a kind of high tea date that takes place in separate facing apartments and in which the connection, the intimacy, is fiercely protected on both sides of the literal chasm, each party wanting, perhaps needing, human relations but unable or unwilling to cross boundaries. Eating old postcards, which both characters do, is more than a figurative melding of the past and present; it is an acknowledgment that the pieces of a life dissolve into the reality of who we are.

In "Edith Under the Streetlight," another pair of unlikely partners come to rely on each other, one an earnest, though failing, scholar, the other a long-entrenched busy body. This relationship, like others throughout the collection, borders on friendship without making a full commitment to it, but despite the hesitancy there is real love and sacrifice involved in the parts of their lives that intersect, if only for the most fleeting time. "Mitz’s Theory of Everything Series" pairs Mitz and Ona, just college roommates until their co-dependence becomes crippling, and the insistence on making art out of life blurs the distinction between the two. "The Only Thing Missing Was the Howling of Wolves" is a co-dependent, dysfunctional road trip that doubles as a kidnapping and triples as a quest for divine salvation. "A Habit of Seeing" reunites former co-workers, waitresses, and again establishes this idea that we are a product, at least in part, of past relationships. The reflective personalities of Julia, a childhood actress turned struggling adult actress, and Sharon, a film buff who uses the concept of negative space in movies to see freshly a world that has otherwise become stale, informs their intense attraction to each other. "How to Walk on Water" reunites Nolan with his rape survivor mother Sigrid, while the final story, "Advice for the Haunted," has the narrator and her boyfriend Nick performing a kind of role-playing ritual in the house where a woman committed suicide.

When reading short story masters, including three contemporary Chicagoans in Stuart Dybek, Peter Orner, and George Saunders, we notice distinct landscapes that might and do resemble real places but in the authors’ hands vibrate and glow in ways that make readers look, really look, at what had been mistaken for ordinary, a bit like the way trains and hats and street signs pop off the page in colorized pictures. On the back of Rachel’s new book are blurbs from John McNally and Christine Sneed, two other Chicagoans whose achievements in the short story genre are extraordinary. Rachel, with her first book, has wiggled her way into the conversation as one of our best, though her penchant is rather more toward Franz Kafka than any of those Chicagoans already mentioned.

These nine stories move all over the place, with two set in Chicago and several others throughout the Midwest. Rachel grew up in Wisconsin’s Fox River 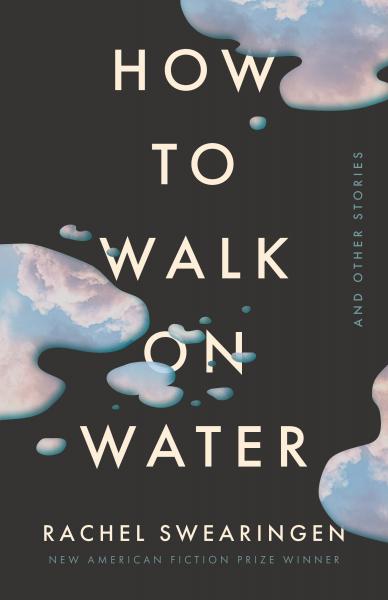 Valley before moving all over that state and Minnesota, with lengthy stops in Seattle, Santa Fe, and even Germany. She settled in Lincoln Square five years ago. Rachel’s own dislocation no doubt informs these settings. As does her working class background.

These stories are moving in part because they are frightening and uncomfortable, and because there is no easy or definitive solution to problems like grief. What we see in this collection are characters trying, within the confines of their own limitations, to control or recreate their own stories. Though these attempts are largely unsuccessful, we also see these characters managing to survive.

Survival offers its own kind of hope, and the struggle to do so its own kind of inspiration. More so, there is poignancy and grace in the community of people that populates these stories, the desperate and the lonely and the traumatized reaching across gangways and dorm rooms and hallways to become agents of consolation if not change.

Rachel injects enough levity and humor throughout this collection that the reader has plenty of space in which to breathe and enjoy the experience. A great story collection, like this one, has at least one advantage over a great novel: each piece is its own satisfaction and contributes to the greater satisfaction of the whole. How to Walk on Water is successful in those ways and others.

Now a lecturer at the School of the Art Institute, Rachel teaches literature and writing to first-year students. She and her husband John are sold on Chicago as their permanent place of residence, and presumably Rachel will become a more and more prominent part of Chicago’s impressive literary landscape.

Join Rachel and Kate for this special The Book Cellar discussion this Monday, starting at 7 p.m. Purchase How to Walk on Water and Driving in Cars with Homeless Men through the Book Cellar's website.